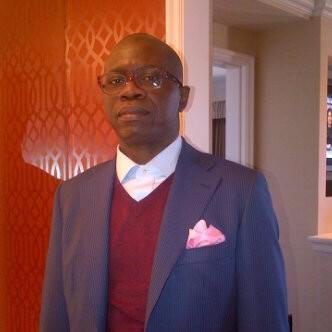 …How billionaire oil magnate fell from grace to grass

He never knew that so large a fortune could have so short a lease. When he did, he had been mowed to rubble by the wheels of vanity. As you read, the truth dawns on Walter Wagbatsoma making him understand that fortune and status are nothing but mirage. That is why too many people engage in desperate pursuit of it and end up in a shameful form. This tragic transformation applies to Walter. Just some few years ago, Walter was a very big boy, commanding big and very lucrative businesses deals from the Nigerian National Petroleum Corporation (NNPC). Back then, he enjoyed an illustrious and highly rewarding business and personal relationship with Diezani Alison-Madueke. Then Walter got on the wrong side of Diezani and his fortunes dipped sooner than anyone could imagine.

His travails started shortly after his dalliance with former Minister of Aviation, Stella Oduah. Walter, who had erstwhile enjoyed a cordial and very favourable relationship Alison-Madueke. He probably thought his luck had improved when he began to enjoy similar favours and a rewarding relationship with Stella Oduah. His relationship with the former Minister of Aviation got equally cordial and even more rewarding that the Aviation Minister generously awarded him very lucrative billion dollar contracts to renovate the country’s airports. And that was how his troubles started.

Today, he lost out big time and all his friends and beneficiaries have dumped him like a bad habit. Penultimate Friday, the court convicted Walter Wagbasoma, Ugo-Ndagi, and their company for N754 million subsidy fraud preferred against them by Economic and Financial Crimes Commission (EFCC). Ugo-Ndagi slumped and fainted when Justice Okunnu was about to sentence her. Wagbatsoma, who is the first defendant, was not in court. He was arrested in Germany for alleged involvement in a multi-million pounds sterling transaction, and in jail in the United Kingdom (UK). So long.