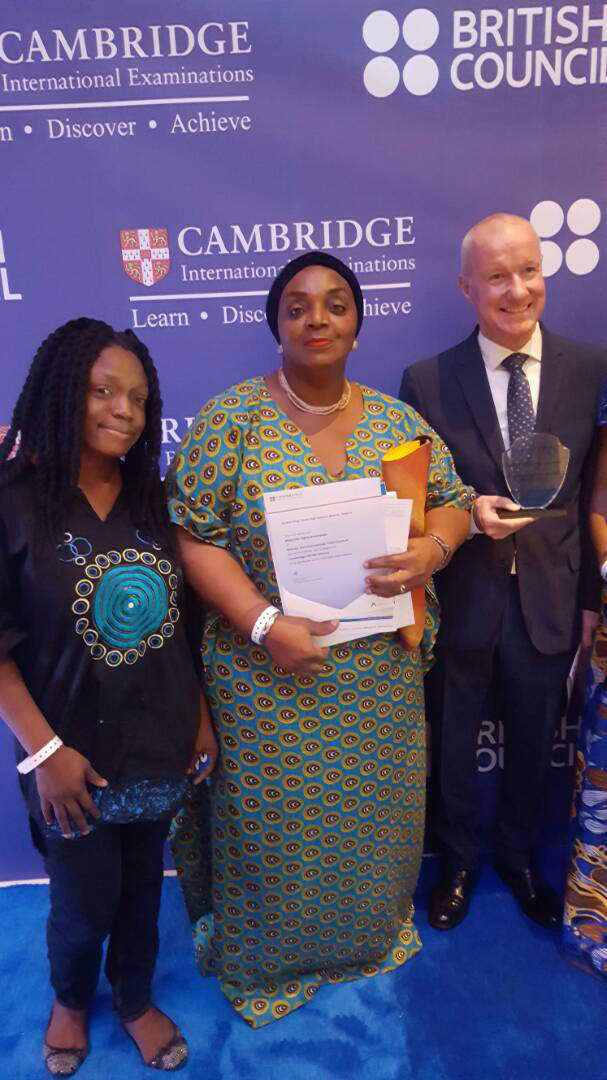 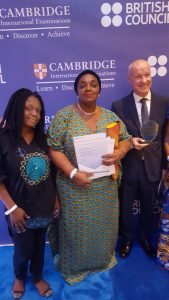 R-L Andrew Jedras principal of Atlantic Hall, Helen Majemite and Rukky Majemite at the award organised in Lagos by British Council for Oghenevwogaga Majemite and others for excelling at the 2015 International General Certificate of Secondary Education.

Oghenevwogaga an alumni of Atlantic Hall Schools who is currently schooling in Canada had the highest score for History in Nigeria and he was represented by her mum Helen Majemite and one of his siblings Rukky at the Outstanding Cambridge Leaner Awards, Nigeria.

“When Is The Wedding Coming”, Critics Ask Jennifer Obayuwana As She Celebrates 36