The second phase of the First City Monument Bank (FCMB) Limited promo, tagged ‘’FCMB 30th Anniversary Promo Reloaded’’, has rewarded the first set of lucky customers across the country at the Regional and Zonal draws held nationwide on Thursday, July 10, 2014.

While 3 customers of the Bank were rewarded with the sum of N1million each at the Regional draws held in Lagos, Abuja and Abia State, a total of 130 others went home withgenerator sets, television, DVDs and other exciting prizes at the Zonal draws held in 26 locations in the country.

At the Lagos/South-West Regional draw which took place at Matori in Lagos State, Olaniyi Ayodele received the reward of N1million, while the North Regional draw held in Abuja awarded Chizoba Asilugwa also with the same amount, and at the South-East/South-South Regional draw held at Aba in Abia State, also today, Peter Ndukwe walked away with N1million as well.

Speaking on the promo, FCMB’s Executive Director, Lagos & South-west, Mr. Femi Bakre, stated that the event was in fulfillment of the promise made by the Bank at the commencement of the second phase of the promo, which started in May 2014 and will run till September 2014.

He informed customers of the Bank and other dignitaries that witnessed the event that the promo is aimed at encouraging savings and financial inclusion through rewards and prizes giving. ‘’The first draw of the FCMB 30th Anniversary Promo Reloaded marks the beginning of another exciting and rewarding experience for our customers nationwide’’, Mr. Bakre stated.

He added that, ‘’our customers are the reason why FCMB exists and as a Bank that is committed to satisfying our customer’s needs,  this promo is the Bank’s way of demonstrating how much we appreciate our customers by providing them an opportunity to win additional prizes and gifts “.

While congratulating the winners, Mr. Bakre assured that, ‘’customers of FCMB, will continue to enjoy excellent services. We urge you to participate actively in this promo as it is meant to enrich the lives of our customers’’.
To participate in the Promo and draws, all an FCMB existing or potential customer needs to do is to Save N10,000 in any savings account of his or her choice for 30 days to qualify for the monthly draw of winners where the star prize of N1million and other fantastic prizes will be won.  Multiple savings of N10,000 will increase chances of qualifying for the zonal draws.  To qualify for the grand finale draws in October, where the star prizes of three Hyundai SUVs will be driven home by three customers of the Bank at the Regional draws, customers are to save N10,000 monthly incremental over five months or have an incremental average balance of N50,000 in September, 2014.

The FCMB 30th Anniversary promo is targeted at all segments of the society and age groups. These include professionals, market men and women, artisans, students, workers, children, among others who have adopted and are enjoying the benefits of our banking product and services such as,  Nairawise Savings Account, Classic Current and Savings Account, Premium Current and Savings Account; Kids Account and FlashMeCash. These products are tailored to meet the needs and support the lifestyle of the customers of the Bank. The promo has brought about increased customer engagement following the simplified ways of participation and the level of transparency that characterised the first phase.

First City Monument Bank (FCMB) Limited is a member of FCMB Group Plc, which is one of the leading financial services institutions in Nigeria with subsidiaries that are market leaders in their respective segments. Having successfully transformed to a retail and commercial banking-led group, FCMB expects to continue to distinguish itself by delivering exceptional services, while enhancing the growth and achievement of personal and business aspirations of its customers. 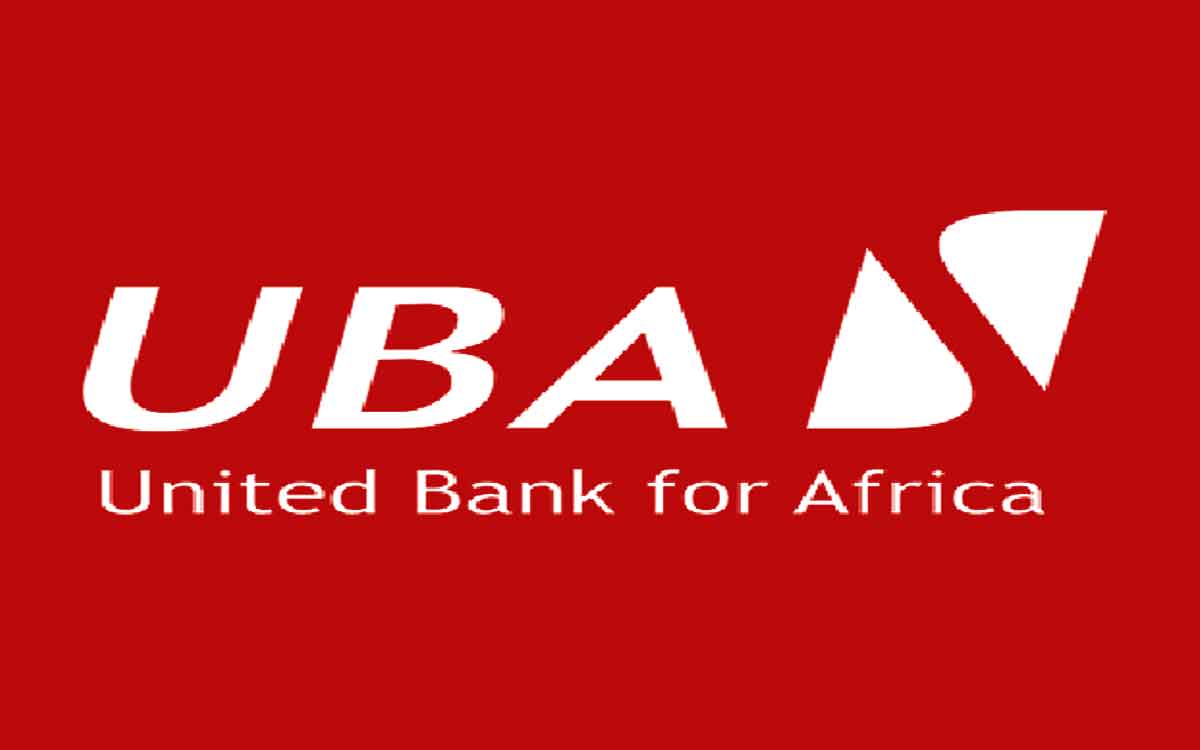 Pan African Financial institution, United Bank for Africa (UBA) Plc has rewarded another set of 100 loyal customers with a total of N10m in the UBA Bumper account draw. The 100 customers won N100,000 each in this month’s edition of the draw which began in January 2020.

The virtual and transparent draw which was held at the UBA Head Office in Lagos on Wednesday, was transmitted live via the Facebook platform in strict compliance with social distancing rules as directed by the Federal and Lagos State Government.

Just like the previous draw held in May, lucky winners, who were contacted via their mobile phone numbers were overjoyed as they emerged the latest winners of N100,000 each. While expressing gratitude to the bank, they said the winnings will go a long way in meeting their pressing needs especially in these trying times, when the Covid-19 pandemic has made most businesses vulnerable.

UBA’s Group Head, Consumer and Retail Banking, Jude Anele, who congratulated the lucky winners, said they were rewarded for their loyalty to the bank. He also noted that the bank is dedicated to supporting customers and remains passionate about their success and overall growth.

He said, “I will like to reiterate that UBA is always happy to reward and support customers. There is no better time to give back and delight customers than this challenging economic period where people need all the support they can get to make life more meaningful. With this in mind we decided to prioritize them as we always like to do at UBA by giving them ample reason to be joyful.

Continuing, Anele said, “Our key objective is to encourage our customers save regularly. We are here to support them likewise encourage them save  and ultimately grow as well, because  we are aware that they are invaluable to all that we do”.

UBA’s Group Head Marketing & Customer Experience, Michelle Nwoga, who explained that the main purpose of the UBA Bumper Account is to ensure that Nigerians fully embrace the savings culture; noted that the monthly, quarterly and targeted draws will also go a long way to assist customers through these turbulent times, by providing them with funds that will help ease the difficulties occasioned by the pandemic.

She also added that for the bumper account a monthly shopping allowance of N100,000 for a year is also up for grabs. “No fewer than five account holders will get a whopping N2 million each across all participating regions every quarter.

Speaking  further, Nwoga disclosed that UBA is constantly working on best ways to serve the interest of customers by making their lives easier, “This is why as a bank, we continue to invest in cutting edge technology that guarantees ease as is evident in our recent mobile app upgrade which offers a more interactive, user friendly interface that makes available a myriad of opportunities from the comfort of customers’ homes,” Nwoga stated.

She  explained that the new mobile app will now prompt users to use their device enabled biometrics, adding that the menu has been reduced and divided into sub-menus to enable users view Transaction History, Net worth, Trends amongst others at a glance.

“One other key feature of the app, worthy of mention is that it includes the live chat option, where users can communicate on the go with dedicated staff trained to assist with any enquires and challenges; biller validation; as well as group transfer – a new menu where users can create groups, save members and transfer funds to up to 100 members on the group. You can be assured that UBA never relents in guaranteeing premium customer satisfaction”, she said.

Doubble.Ng is an investment product which is denominated in Naira and Dollar with short and long-term options.

According to Adekunle Feyisitan, the Product Manager, Sterling Bank, Doubble.Ng was designed to address the concerns of individuals who are looking to accumulate savings and regular investment income over a specific timeline to plan for future business or lifestyle needs.

He listed benefits of the product options to include guaranteed income stream and growth for a fixed period of time, safety from market volatility, ability to access loan facilities against balance and opportunity to transfer the annuity to a spouse or any other named beneficiary.

Feyisitan said, “With Doubble.Ng, a customer can choose to invest either a lump sum in one contribution or in smaller monthly contributions, which could be for the duration of 12 to 120 months with all pay-outs remitted either monthly or as a lump sum once target is achieved to named beneficiaries.

“It empowers individuals to plan towards future consistent cash outflows such as payment for children’s further education, mortgages or funds for business start-up. Doubble.Ng is actually the perfect investment vehicle for those planning to transition from paid employment to owner-businesses and need to plan the cash flow in the business growth years”.

The product manager added that Doubble.Ng target option allows the beneficiary to set target saving and interest income in Naira or Dollar over a specified period while additional voluntary contributions can be made into the investment account apart from the regular contributions based on the initial set date because an investor is at liberty to take up multiple plans.

He assured customers of efficient and prompt service delivery and urged those in active employment as well as entrepreneurs to take advantage of the high-income growth product to maximise returns on investment at this volatile and uncertain time.

The product offers four variants to discerning investors, including 3, 5 and 10 year plans as well as short-term target investments.

Also Read:  Man Beaten To Death In Anambra Not A Kidnapper- Police

With a 3-year contract plan during which the investor makes monthly contributions for the first three years, Sterling Bank will pay out the invested amount plus returns to the beneficiary every month for the following three years. It has returns on investment of 125 percent.

In the 10-year contract plan whereby an investor makes monthly contribution for the first five years while Sterling Bank will pay out the invested amount plus returns on the investment every month to the beneficiary for the next five years with returns on investment of 150 percent.

The novel product, which provides fixed rates of return for a fixed period of time, can be conveniently accessed via the OneBank mobile app or Doubble.Ng website from anywhere in the world by investors.

Dr. Olaokun Soyinka, Chairman, Governance Board of the Fund, disclosed this in a statement issued in Lagos over the weekend. The seasoned public health expert and former Commissioner of Health in Ogun State said almost N59 million has been donated to the Health Workers’ Fund by public spirited corporate organisations and individuals.

“We are very proud of our strides so far, and are excited by the opportunity to provide succor to frontline health workers in the country. More than 60 health care workers from different parts of the country have been paid tokens in appreciation of their service at this critical time. We want them to be motivated when they walk into COVID-19 Isolation centres because some of their basic needs are sorted.

“With the rising cases of infections daily, we urge Nigerians at home and in the Diaspora to donate now in support of frontline health workers wherever they are in the country. They are doing whatever it takes to protect us. We can all play a part in empowering and motivating to function effectively on the job”, Dr Olaokun Soyinka appeals.