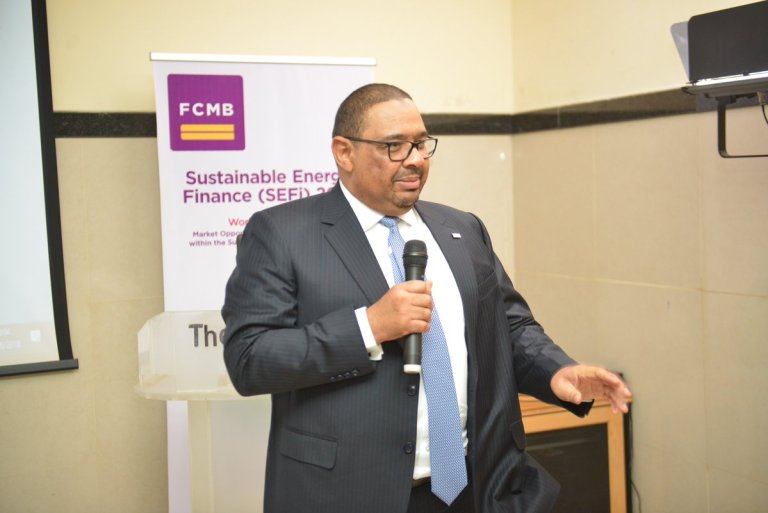 Let me first out myself. I am a former Employee of FCMB. I worked there for a bit in the securities trading arm, CSL. CSL is a legendary institution that continues to be the corner piece of the Nigerian Capital Market. I was the Head of Local Business.

One thing that attracted me to the firm was its legacy. Its founder, Chief Subomi Balogun, was a hero of sorts to young Stockbrokers like myself. He had built the institution from his boot straps to the behemoth it is today with over 50,000 Shareholders.

My first day at work, I was taken in a ride by the then Managing Director Ladi Balogun on his way to a meeting with Aliko Dangote and in those few minutes he perfectly situated the values that drove the institution. Ethical standards and integrity were the words he kept repeating as he stressed the need for me to join as he attempted to reclaim market share in the Local Securities market.

I stayed with the Bank for over 15 months and having worked in several financial institutions including about four Banks and several stockbroking and Asset Management Firms, I can safely say that the ethical standards at FCMB stand shoulder high above its peers. The FCMB woman is well regarded, with access to the very top to discuss her issues. They even have the FCMB Woman Platform which seeks to build cohesion and gives the FCMB woman the much needed push to fulfil whatever it is is her career goals.

That said, the news of the alleged dalliance between the well regarded MD Mr. Adam Nuru and the former staff leading to the supposed siring of two kids by him while still in her marriage and ultimately leading to her husbands passing has captured the imagination of Nigerians powerfully.

Daily the keen observer is assailed with all sort of social media commentary, memes and the rest on the matter. I hear an online petition has been in circulation with varied numbers being quoted as signatures asking both the FCMB and the CBN to act on the matter. A memo allegedly sent out by Group Managing Director Ladi Balogun quoting that the issue could derail the achievements’ of the Bank in the just concluded year is leaked, fueling calls for his removal.

All these have thrown up very important questions on the ethical behaviors of Bankers and its effect on the Bank’s public image and much more importantly the profitability of the Bank on the one hand and the safety of public funds in its custody on the other. It is also putting the regulator to task on the issue.

But tarry awhile. Why all these fervor on an unsigned petition innocuously posted on social media. How do we move against a Man based on a mere allegation without anybody coming out to own up to the allegations. Up until this point as I write, I have not seen a signed petition accusing the man of all of these allegations. What we are seeing so far are online petitions from people on the back of the anonymous trigger post. Should we now then hang a man based on this? Based on public push which is as is the case quite emotional.

The arbitrariness of this matter and others like this especially on social media is scary. What this portends is that if Nuru falls then anybody can fall based on any story thrown up there just by anybody. Before I am castigated, please note that I am not taking a stand as to Mr. Nuru’s innocence or not or if he breached Banks ethical rules or what not. All I am just saying is that there has been no concrete complaint from either the Mr. Thomas accusing this man of this heinous crime, nor an official complaint from the Woman alleging rape, forceful sex or any type of abuse using his power as a boss over her. We have not even seen DNA certification confirming the parentage of the children. All that is in the public domain are pictures of children who have an uncanny resemblance to Mr. Nuru. Are there sufficient factual and legal evidence to begin to push for the Mr. Nurus head.

In the last five years, Nigerians have witnessed the growth of what some of us have called digital mobs who unlike their physical counterparts who roast with used tyres and bonfires, these ones do their with words on social media. The arbitrariness and disregard for processes and institutionalized structures for arbitration continues to weaken the levers that hold society together pushing us closer to anarchy.

The FCMB I know have well tested and well-ordered structures for getting relieve if your rights have been trampled. I have gone through it as a boss. I had lost my temper during a heated meeting and unwittingly threw a pencil at a junior staff. She went through the process and I faced a disciplinary Committee and was found guilty. The system didn’t care that as at that time I Was number 3 in hierarchy in our subsidiary and that this lady was very near the bottom in hierarchy, I was made to face the music. Same I am very confident would be the case if there is an official approach to this matter by any complainant even if it is me being Mr. Thomas Landlord.

The major issue here is not even Mr. Nuru and his supposed errant private member but our societies’ eagerness to throw caution and common sense into the gutters in matters like this while putting on the toga of arbitrariness in pushing this types of issues. I fear that our institutions for fear of Market share  can bow to public pressure and take decisions that would further weaken them and infringe on the human rights of their people.

Please in conclusion, where is Mrs Thomas in all of these for only she can solve this problem. Her position would either indict or free Mr. Nuru, she has to answer some very salient questions – was she in an affair with Mr. Nuru while at FCMB, was she in that affair willingly or not and who truly is the father of the child and where she has no answer to the last question, would she willingly take a DNA test on this matter.

My advise to FCMB is to stand firm by its rules, do not be pressured to take hasty decision by a fickle social media crowd who will move on to the next hot gist, while you would have destroyed not only the career of a man who is possibly innocent and in the same vein destroy the fabrics that hold your institution together. Seek the facts and base your decision on those facts.

I wish you a fruitful review of the matter. But will I close my account with FCMB ‘cos the MD has two children with a married staff? I think not. Thank you.

Why We Severed Ties With Atiku – Intels

Why I Sold Off My Intel Shares-Atiku