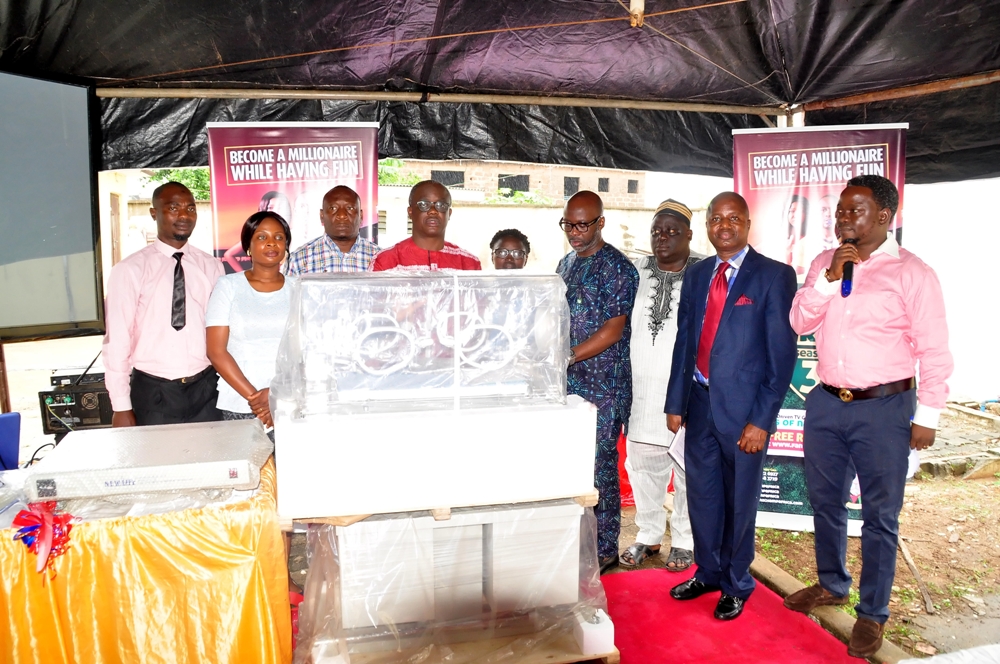 Fanz Championship Africa, the football driven TV game show specifically designed for football fans,  created by Abelinis Limited has kept to its promise with the commissioning of the community project as part of the prize attached to the winner of Season 3 ‘Super Me’ Series, won by the Gateway Squad FC.

The management and staff of Abelinis Limited, the  project intelligent company that specializes in Activation, Events and Production visited Ijebu-Ode State General Hospital to do the needful as promised for the winners of the Fanz Championship Africa, Season 3, ‘Super Me Series’ Gateway Squad FC that represented Ogun State in Nigeria in the tournament.

The community project is aimed at giving back to the society, as a corporate social responsibility plan from Fanz Championship Africa to add value to the general hospital through the donation of SM/7G-450VA/WATT INCUBATOR and Photo-therapy Machines to help reduce Infant Mortality Rate (IMR) in Ijebu-Ode and its environs. And more so to produce sound human capital and give life to future leaders of this great nation, Nigeria.

The Honorable Commissioner for Health, Ogun State, Dr. Babatunde Ipaye, specially thanked the organizers of the laudable Fanz Championship Africa reality TV game show on behalf of the executive Governor of Ogun State, His Excellency Governor Ibikunle Amosu and commended themfor their innovative and impactful donation of the Incubator and Photo-therapy machines to the general hospital at the dictate of the present economic situation in Nigeria. “And, also appreciated the winners, Gateway Squad FC for winning the tournament and bringing the community project to Ogun State”.