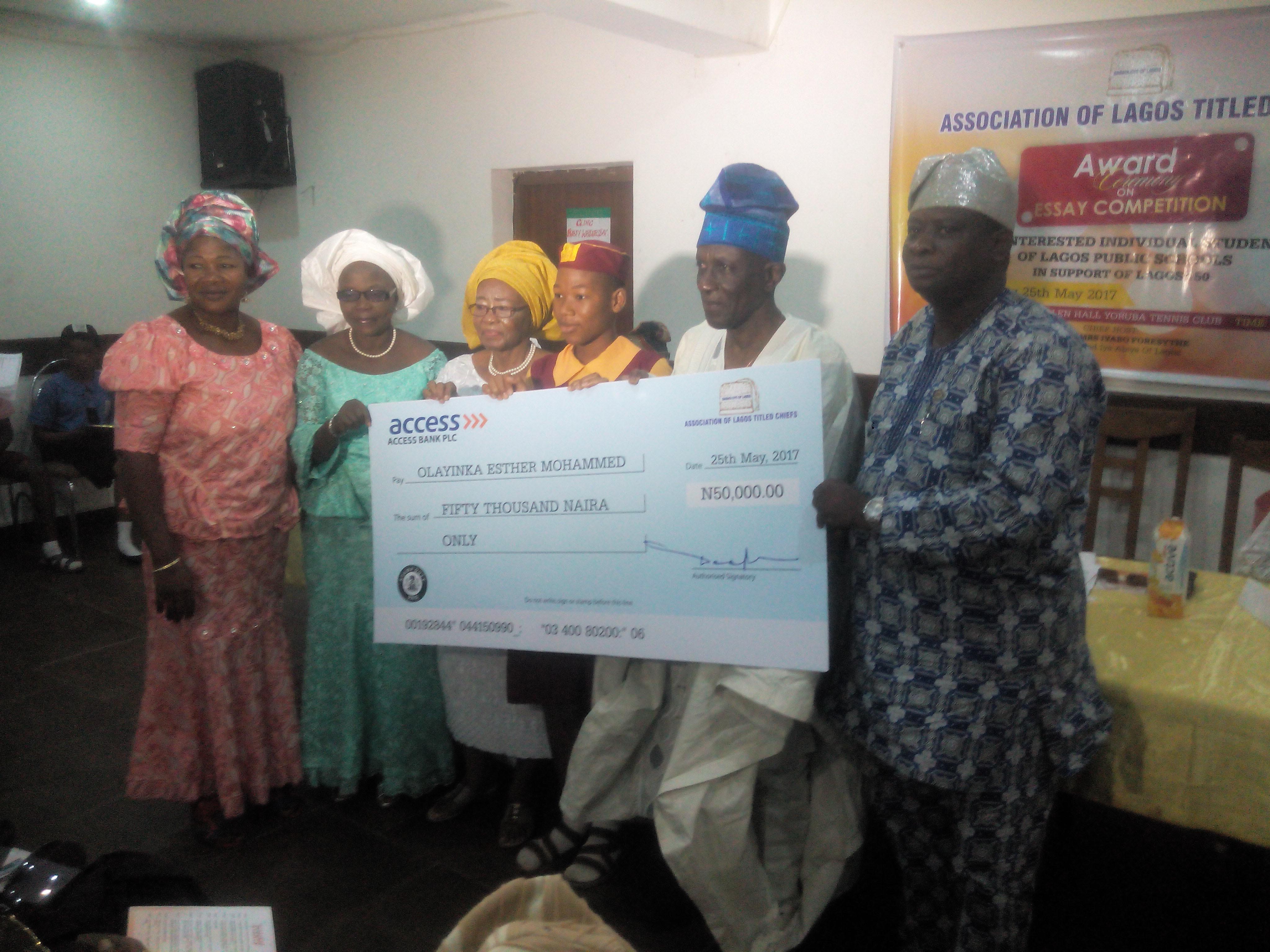 It is not every day that you find an association identifying with young students.

In most cases, popular associations are more bothered about the interest of their members.

The Association of Lagos Titled Chiefs is however interested in this and more.

It was on this premise that on Thursday, May 25, it felicitated with three winners of an essay competition it organized amongst Lagos State Senior Secondary Schools as part of the Lagos @ 50 celebrations.

Anchored by the Secretary Lagos @ 50 Planning Committee, Association of Titled Chiefs, Chief Olawumi Gasper, the ceremony which held at V. Ade Allen Hall Yoruba Tennis Club, Lagos State was well attended with the President of the association Chief (Mrs.) Iyabo Foresythe and Chief JK Randle, the Bashorun of Lagos and others in attendance.

Speaking during her remark, the host of the event, Mrs. Foresythe, said that the association had organized the essay in view of supporting the Lagos State Government to achieve its mission of creating an enabling, inspiring and conducive learning environment for Lagos youths.

For Anofiu Elegushi, Charity Does Not Begin At Home

Who Is Bolanle Ambode?