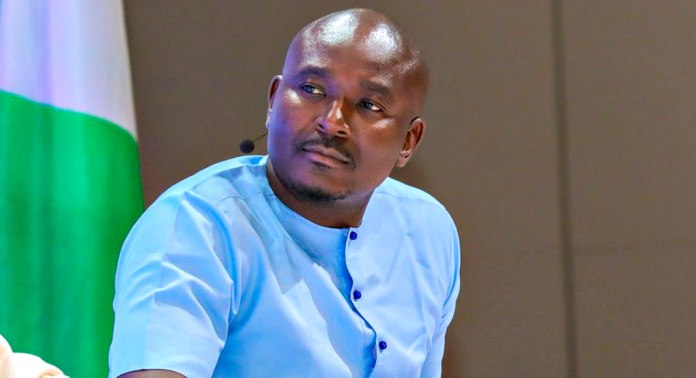 Businessman and politician, Oloye Akin Alabi, has revealed that socialite Shina Peller is yet to be released. 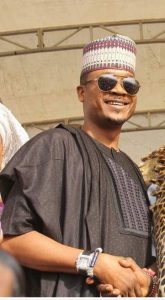 There had been speculations that the young and fair-complexioned politician had been released from detention some hours ago, but Oloye Alabi has now rubbished the claims.

In a tweet, he urged followers of the development to disregard the speculation, adding that Peller was still being held in Panti.

He wrote: “Now they are trying to change the narrative by lying he tried to invade the police station. Lies. He went to bail those arrested. He was arrested. CP even boasted he had a score to settle with him. Madness”

Recall that Peller was supposedly arrested by police in Maroko Police Station having gone to bail some of his arrested patrons.

However, a statement by the Nigerian Police stated that Peller was arrested after he invaded the police station with thugs releasing vehicles that had  been towed from his club for impeding traffic and causing noise pollution.

In a chat with Bala Elkana, the spokesperson of the Lagos state police command said Peller was arrested by the police for mobilizing over 60 thugs to attack men of the Maroko Police station.

”The honorable has a club house. They operated up till 9am. The trouble there is all the customers parked on the road and blocked the road and other road users could not access the road because that has been the practice there so it is causing a lot of obstruction for people and hardship for road users.

Now, police went and moved out vehicles that have blocked the road there and towed them to the station. The honorable mobilised over 60 thugs to attack Maroko police station and then moved those vehicles out. Police exercised restraint if not it would have been disastrous.

Having respect for him as an honorable member, quickly we also mobilised and he was arrested alongside 5 other thugs. Others were jumping through the fence and ran away but we got him and five others which is the reason for his arrest.

He is currently being moved to the state CID for investigation,” he said.

Why Club Quilox Was Sealed