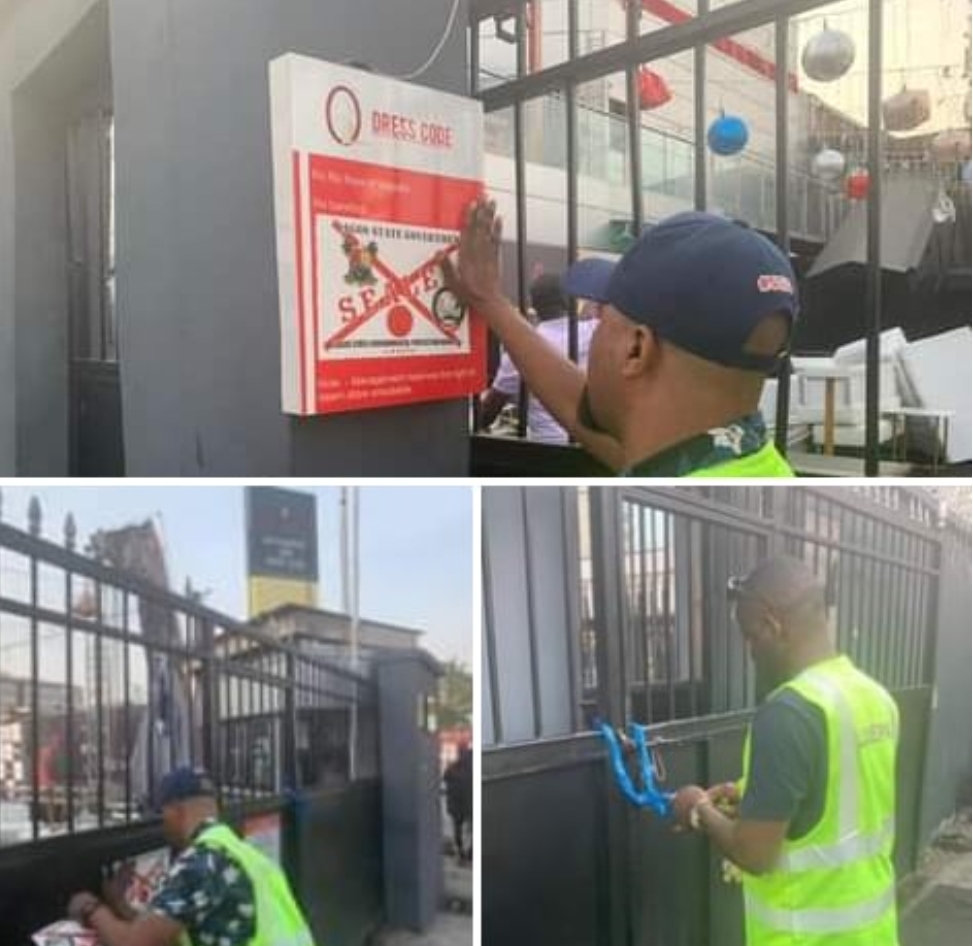 Club Quilox owned by socialite and politician, Shina Peller was sealed for its failure to comply with directives on organising events and not obtaining a sound control permit from the agency.

The police said the enforcement exercise, which was jointly carried out by the officials of the agency and the Lagos State Task Force on Saturday, was also a result of several complaints made by residents in the area.

In a statement on Sunday, December 25, 2022, General Manager, LASEPA, Dr. Dolapo Fasawe disclosed that the agency received several distress calls with video evidence from concerned neighbours to support their claims on alleged environmental nuisances being perpetrated by the club without consideration to the rights of other residents to a peaceful environment.

“To avert a situation like this, we recently held a stakeholders’ parley with the Owners/Chief Executive Officers of night clubs in the State to address the issue of noise pollution, particularly during the festive period,” Fasawe said.

“Lagos had earlier increased the decibels to accommodate leisure/hospitality business interests. We, however, urged them to apply for sound control permits before hosting events to enable us to reach out to the host community of the intended programme and further deploy our officials to the venue for proper monitoring and prevention of excessive noise pollution”, she explained.

According to her, an invitation was extended to Quilox Club, like every other stakeholder, but it was ignored by the management for reasons best known to them. She noted that no individual or group is bigger than society, adding that the agency is still making efforts to ensure that all interests are protected under the law.

“Entertainment and Lagos are like a conjoined twin, thus our prolific intervention to preserve the sanctity of the state and at the same time sustained its economic relevance through aggressive environmental sustainability drive. To support the entrepreneurship interest of the operators. We came up with a communique which serves as a bond guiding all parties on the mode of operations during the yuletide period and the attendant consequences for non-compliance to the agreement,” Fasawe added.

This is not the first time that Club Quilox will be sealed by the Lagos State government for one reason or the other.

What Next For Retired Wema Bank MD/CEO, Ademola Adebise?