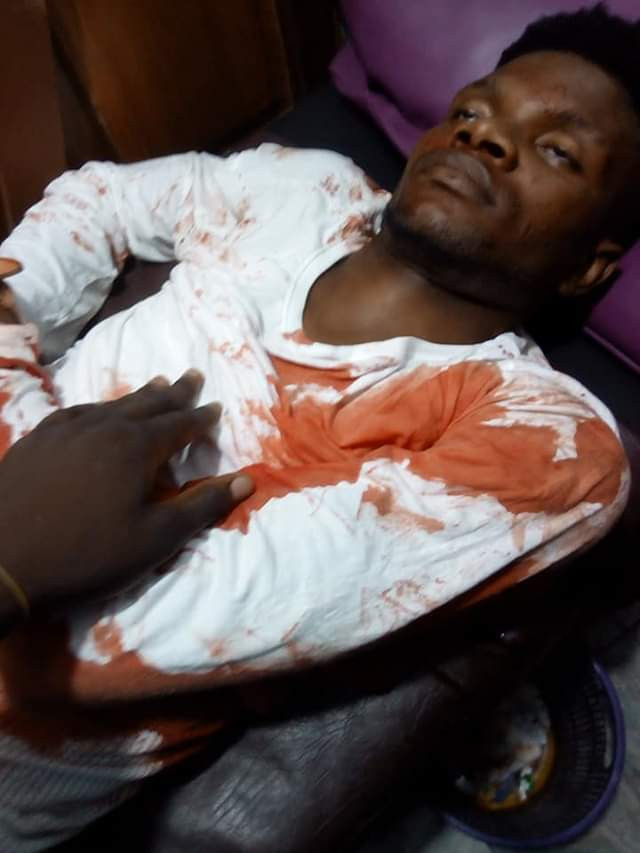 The deceased identified as Voltage Kingin Agbagu (ALIKI) was killed on Sunday, March 17.
He was allegedly shot by the Aye cult group shortly after he posted photos on Facebook and stepped out to see some friends. 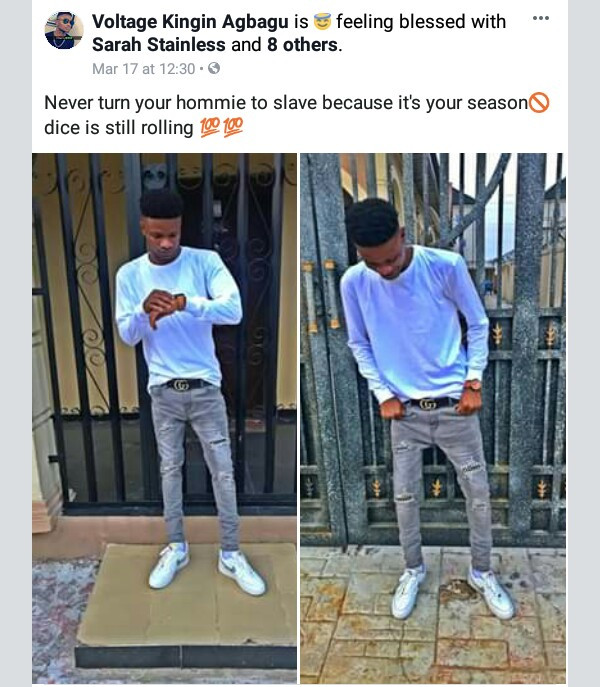 Friends have taken to Facebook to mourn him, with some writing under comment sections, warning the rival cult group to “get ready” 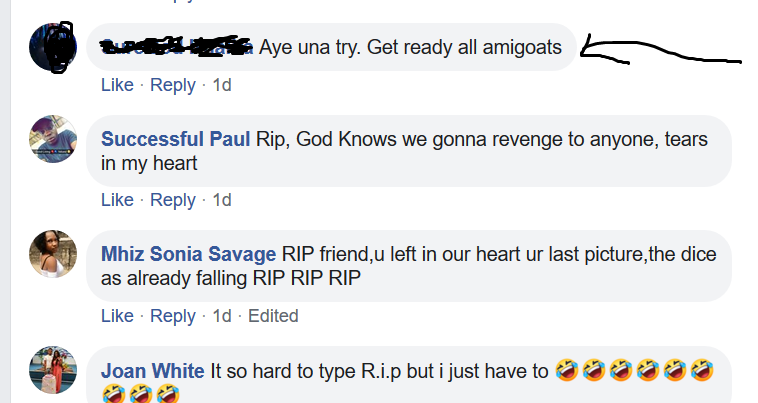 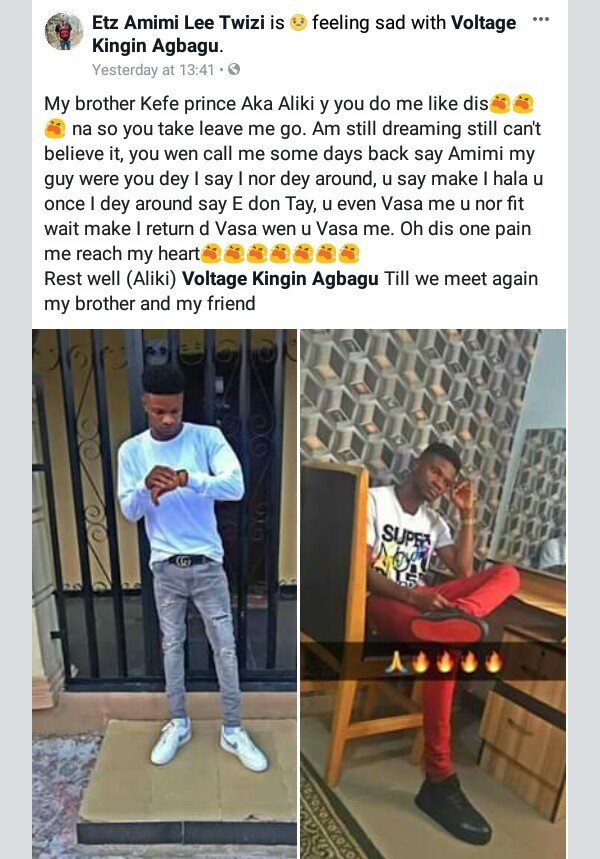 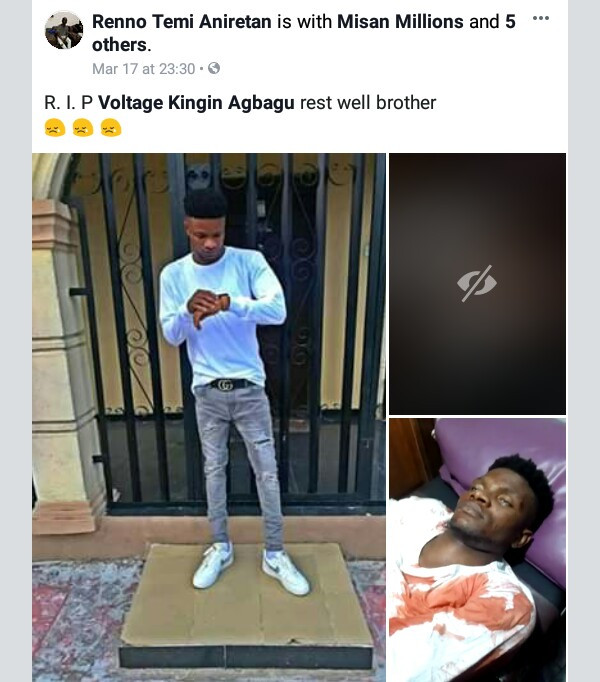