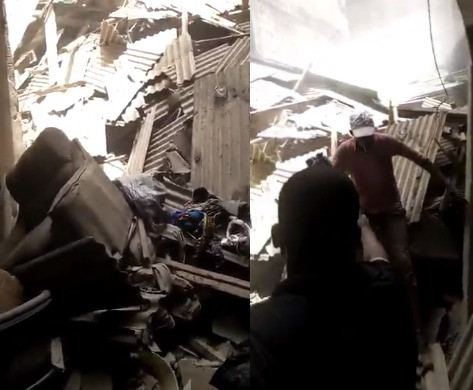 Less than a week after a building housing an illegal Nursey and Primary school collapsed in the Itafaji area in Lagos Island, another building in the same area has collapsed.

The incident happened this afternoon at No 57, Egerton Square Alakoro area of Lagos Island, Lagos State.

According to reports, several residents of the collapsed building which had already been marked for demolition are currently trapped, as rescue operation is ongoing.

Watch a video from the scene below:

Cultist Kill Another Youngman In Sapele

Will & Testament: Why Is It Often Ignored, The Dispute, Agony Of Loved Ones