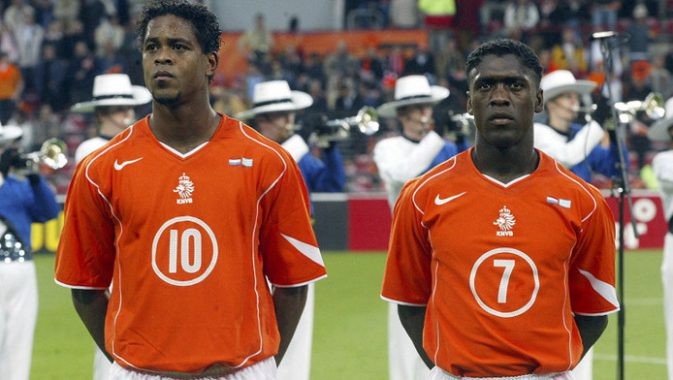 The duo of  Clarence Seedor and Patrick Kluivert have been named Coach Of Cameroon.

Their appointment came after talks with former England manager Sven-Goran Eriksson packed up.

Seedorf was named the head coach and will take over from the Belgian Hugo Broos, who led the side to victory at the 2017 African Nations Cup finals but was sacked after failing to win a place at the World Cup in Russia.

Kluivert who was an assistant coach to Netherlands boss Louis van Gaal between 2012 and 2014, and was later briefly in charge of Dutch Caribbean nation Curacao will be his assistant.

Boss, was relieved of his job in November.