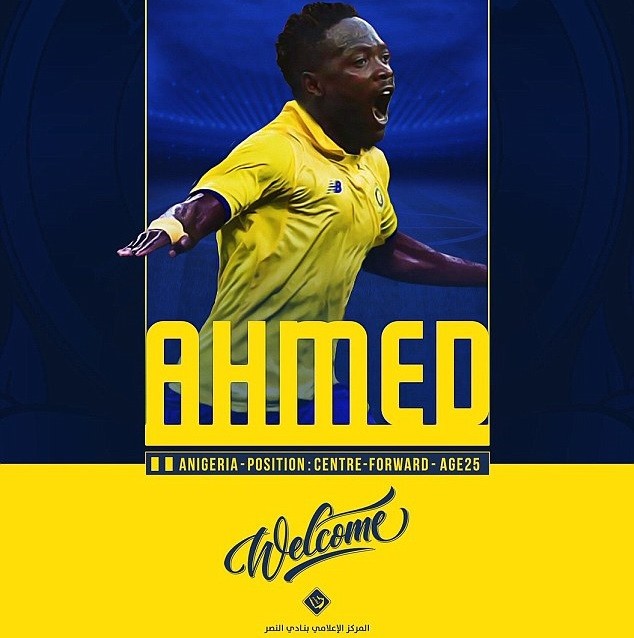 One of the very few player who delivered for Nigeria’s Super Eagles at the recently concluded 2018 World Cup, Ahmed Musa, has joined Saudi Arabia’s Al-Nassr.

Musa, joined the Arabian club on a  four-year deal from Leicester City. Al-Nassr announced this morning that he had signed a four-year contract but did not disclose the transfer fee.

According to unconfirmed reports, Leicester City received a fee of £14.8m with several add-ons, which will see the deal rise to as high as £25m. The deal is expected to make him the highest-paid Nigerian footballer when the transfer fee is revealed.

The Super Eagles forward was the Foxes’ record signing when he moved to the King Power for £16.6million in 2016, but struggled for playing time and was loaned back to his old club CSKA Moscow for part of last season.