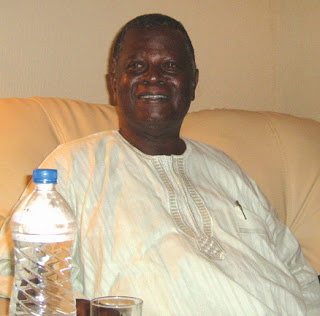 Chief Rasheed Gbadamosi, the former chairman of the Petroleum Products Pricing Regulatory Agency (PPPRA) has kicked the bucket.
He died at his Ikorodu, Lagos state home on Wednesday, November 16th.
He will be buried according to Islamic rites today Thursday, November 17.
Related Story: Age Catching Up With Rasheed Gbadamos
The deceased was last seen in public when he was spotted at a movie premiere which held at the Muson Center, Lagos months back.
An astute businessman, his burial ceremony is expected to attract the powerful and mighty of both the society and business class.
Till his death, Chief Gbadamosi was the Chairman of Ragolis Water, a company he managed for several years. He was at a time also the Petroleum
Post Views: 1,107