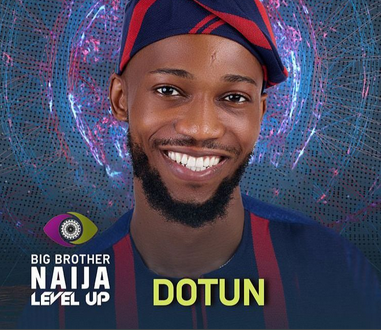 Dotun was the second victim of the show which aired on Sunday, September 18.

Speaking after his eviction from the Big Brother Level Up house, he revealed that it took him some time to come out of his shells being the quiet person he is.

On his relationship with the girls in the show, Dotun said that his lovemate was no doubt, Daniella, adding that it took him a while to find the right girl. He added that life after eviction would see him return to his modeling and gym life.

Reacting to the fact that he was nominated for eviction by Adekunle, Dotun said that he was not surprised because Adekunle had always wanted his head. The duo of Adekunle and Dotun share the same love interest in Daniella.

BBN: What Will Happen To My Relationship With Hermes, Evicted Allysyn Speaks