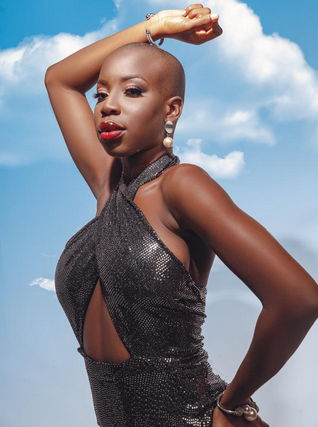 Evicted Big Brother Naija housemate, Allysyn, has revealed that her relationship with fellow housemate Hermes will continue despite her eviction.

Allysyn, is the love attraction of Hermes in the Big Brother Naija Level Up house.

Speaking after her eviction in the show on Sunday, September 18, she revealed that Dotun who a lot of people feel she has feelings for is basically her friend, while Hermes was the person she loved.

Asked if she was willing to become Hermes third lover knowing that he already has two women in his life, Allysyn said that she and Hermes would figure it out when he comes out of the reality show house.

Allysyn also added that she looks forward to a career in entertainment following her eviction from the show.

Related Topics:AllysynBBNBBN: What Will Happen To My Relationship With Hermes; Evicted Allysyn SpeaksHermes
Don't Miss