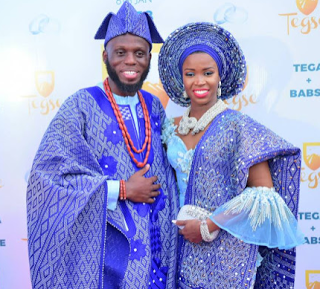 It is not every time that the apple falls close to the tree, as in some cases it does far from it.

This theory was recently proven when Babajide, the last son of Ondo State Governor Rotimi Akeredolu got married.

The traditional wedding, which saw guests being treated to the best of food and drinks, was indeed a delightful gathering.

Something, which guests at the party couldn’t have missed, remains the beauty of the bride, as she was indeed a delight to the eyes on the day.   For the groom, he shared his father’s signature beard though his was still black.