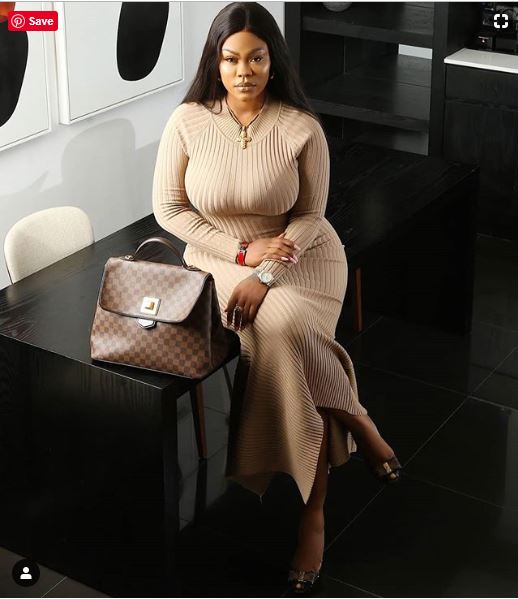 It appears that the alleged sex scandal between Apostle Johnson Suleiman, Stephanie Otobor and actress Daniella Okeke would not die a natural death.

Years after it surfaced originally, the can of warms has been reopened again, this time by thespian Okeke.

Okeke who has been silent on the role she played in the scandal, opened up about the development in a new post on Instagram which has since been deleted.

In the post, she gave whistle blower Otobor 24 hours to come out and state the truth about the sex scandal or face her wrought. 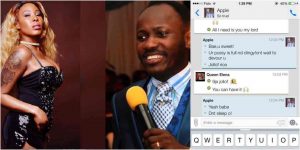 Recall that Otobor at a press conference in March 2017, alleged that during one of her intimate times with the clergyman, he allegedly told her that one Daniella Okeke, an actress, was one of his ex-girlfriends who he had threesomes with. At the press conference, she said that Apostle Suleman doesn’t eat much and that he loves sex a lot.

Asked if he mentioned names of his past girlfriends, she said “I don’t know if I want to involve anybody right now. He told me his ex-girlfriend, Daniella Okeke, some actress girl”.

Though Otobor has since begged the man of God for forgiveness, an apology was never said to Okeke who was also maligned.

This sort of explains why the actress is now calling out Otobor to clarify the facts. 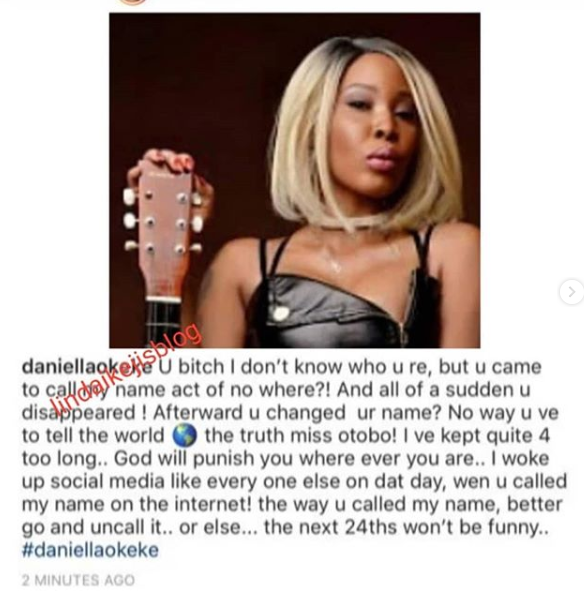 DESPERATE SEARCH FOR THE GOLDMINE: REVIEW OF GOLD STATUE THE MOVIE