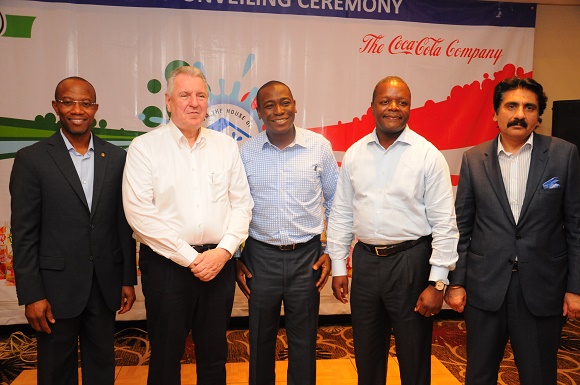 The last has not being heard of the many controversies surrounding Chi Limited.

Over the years, the company has become synonymous with crisis, as it is either in one, trying to swim out of another or getting into a new one.

At a point, the company was surrounded with allegations of producing low quality products. As if that was not bad enough, it was also accused of selling contaminated products.

At that point, families had to call their ward’s attention to the many anomalies of the company’s products including Capri Sonne, a fruit drink laminated in pouches known to be highly favoured by children.

Presently, the controversy trailing Chi Limited is really a messy one, as justice is what Nigerians are calling for following the death of two of the company’s staffer in a shooting spree by men of the Nigerian Police attached to the company.

Since the brazen killings in the early hours of Saturday, December 30, 2016 reactions have been pouring in, as Nigerians seek to know the truth behind the killing, while also seeking justice.

Although the company’s Group Head, Corporate Affairs Bode Sojobi has released a statement insinuating that the issue which led to the deaths was as a result of some workers who attempted to cart away company’s products without authorisation. This has been described as a statement from the company aimed at withholding the truth behind the real story.

Reacting to the situation, “Bode Akinsiji said the situation is really bad and the company is only saying what they want people to believe. They are only trying to defend their interest. We want the facts of the issue.”

“It is not new to find organisations like Chi Limited, companies with casual workers abusing their staffer with deaths having occurred in such situations”, Olatunji Bello told www.theoctopusnews.com during a recent Vox Pop.

A staff at the company who pleaded anonymity is quoted as saying that “Daniel Osikoya one of the staffs who died was only 19 years old and had only resumed the job days before his death.

According to him, the Police shot at the workers as if they were common thieves. The two people killed died because they were not taken to hospital on time. Further, he said that Daniel bled to death.

Recall that in 2010, Chi Limited was reported to have abandoned one of its ex-staff Mr. Taiwo Oyelami over the treatment of his left ear that required surgery as a result of injuries sustained in an industrial accident in the course of his work. While the staff said he was abandoned, his company said Mr. Oyelami absconded from treatment.

Meanwhile, observers of the development have described the order by the Lagos State governor, Akinwunmi Ambode to the police to produce the shooters, as a welcomed development.