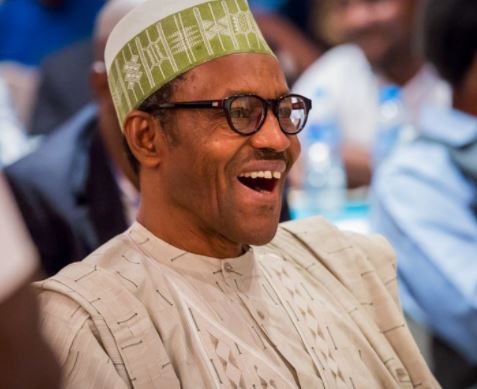 Read his article below…

Before Buhari joined APC, he considered himself already too old to serve more than one term. He also vowed to fix security and power supply.

Why did you say you will do just one term, if elected?

Buhari: “I’m not getting younger. If I succeed and do one term, I will be 73 years old.”

If you’re doing just one term, you may want to urgently do some things? What are they?

Buhari: “There are two issues and I have said it in one sentence. Security and power. This country has to be secured and managed. People in Nigeria must not go about fearing that they would be abducted. You must not be afraid to the point that you can’t drive from Kaduna to Kano any time of the day. If you are in Lagos, you should have jobs to the point that you can afford to have three shifts in a day. That is eight hours each. But people are now very scared wherever they are. People have built houses worth over a billion naira, but they are afraid to live in them. What is the use? So, security is number one. Number two is structure. We have to revive the electricity sector so that people will have access to power to carry out their businesses. Others include the roads, the railways, the shipping lines. We used to have all these things. In spite of what we earned in the last eleven years, the whole infrastructure has already collapsed.”

Buhari later joined APC and became president in 2015. He’s spent a large chunk of his tenure receiving medical treatment in London apparently due to old age.

It took the president, who said he’d move with speed, six months to name a cabinet. Baba Go Slow.When, two years into his tenure, he made some board appointments, dead people featured on the list. #TheWorkingDead.

He’s now 75 and there are talks about him seeking reelection.

Buhari recently said he wasn’t sure how old he was and had to be reminded of his age. Dementia? That perhaps could explain why he may not remember telling Nigerians he’d only run for one term, should he run again.

And, by the way, power supply is still terrible. And security? Well, Boko Haram has been “technically defeated” while murderous herdsmen are issuing press releases all over the place.

Related Topics:2019: 'Buhari is either a bloody liar or a forgetful old man' - Rotimi AkinolaRotimi Akinolaslideshow
Up Next