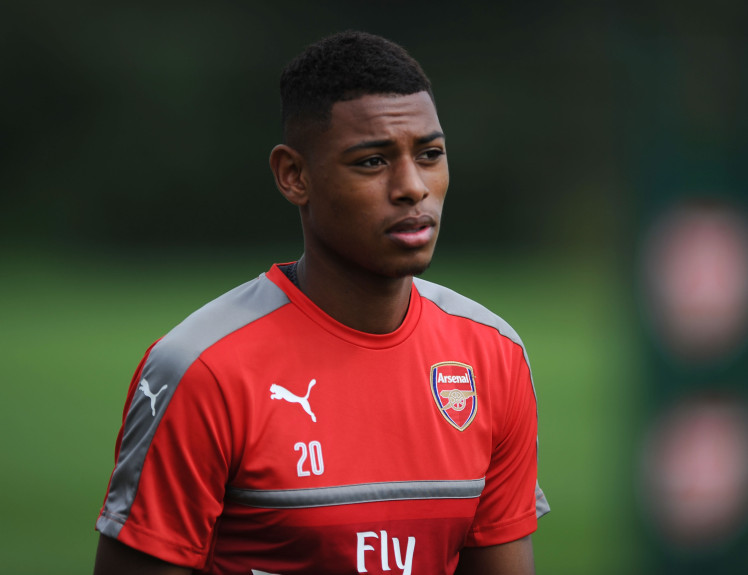 The English transfer window closes at 5pm BST on Thursday 9 August. However, clubs in France, Germany, Italy and Spain have until the normal 31 August deadline to conclude deals.

Manchester United, Chelsea and Tottenham are yet to spend big as Jose Mourinho and Mauricio Pochettino await incoming players. “My CEO knows what I want and I still have a few days to wait and see what happens,” Mourinho recently said on MUTV.

As the Premier League total spend creeps over the £1bn mark, we cast our eye over some of the moves which could be completed before Thursday’s deadline.

A starring role in Croatia’s run to the World Cup final has seen Rebic catch the attention of several top clubs in Europe. “I had a great World Cup and an even better club season with Eintracht. Yes, I know there are concrete offers, I keep in regular contact with my agent,” he toldGoal.com.

Manchester United are one of the sides to have reportedly shown an interest in the 24-year-old winger, and a late £44m move could be on the cards.

Crystal Palace did not lose a Premier League match last season when Wilfried Zaha started for them. This level of importance is rarely seen in one player and it is why clubs arestruggling to negotiate a deal to prise him away from south London.

Palace value the winger at a far greater sum than Chelsea or Tottenham, who have both actively been interested in signing him this summer.

Zaha is happy at the club which gives Palace all the power in this move. A single fee transfer will not suit Palace as a percentage of the price will be given to Manchester United as part of a clause agreed in his contract when he rejoined the Eagles in 2015. This means that a player exchange could be agreed, with Ruben Loftus-Cheek possibly heading to Selhurst Park, although these deals are hard to administrate and it could be too late for such a transfer to be concluded.

Clubs were put on alert when Aston Villa’s financial troubles meant that prised assets such as Jack Grealish could be sold to raise immediate funds.

Naturally, clubs began offering lower than the market value for Grealish in hope that Villa accept the quick cash. Tottenham have been leading the race to sign the 22-year-old but havefailed to meet Villa’s £40m price tag.

Pochettino is growing frustrated at the lack of transfers as the club continue to pay for their new stadium, but owner Daniel Levy is prone to making bids late in the window in hope lower offers may be accepted.

Having missed training on Monday, the Belgian has made it perfectly clear that he wishes to leave Stamford Bridge.

Chelsea will now move for Jack Butland and have already signed Robert Green to join Willy Caballero as back-up.

Reports in Spain suggest a move to the Bernabeu is close to being agreed.

One of the areas which Mourinho has been desperately keen to address, amongst many, has been the centre of defence.

United are still short of Tottenham’s £55m valuation of Toby Alderweireld, and Harry Maguire will cost £75m to sign from Leicester.

Bayern Munich are willing to part with Jerome Boateng, and United executive vice-chariamn, Ed Woodward, has spoken to Bayern CEO Karl-Heinz Rummenigge about a deal for the German defender, according to reports.

The Lyon player will not be joining Liverpool after a late U-turn which subsequently pushed the Reds to sign Xherdan Shaqiri as cover in attack.

While telling Lyon’s official club TV station he is happy at the French side, he also hinted that he is willing to explore a move in the future. “I am very happy here. But the transfer window is still long and everything goes very quickly in football. We don’t know what will happen in the future.”

Chelsea are now showing signs of interest in the 25-year-old, according to reports in France.

With a big name central defender potentially on their way to Old Trafford, Marcos Rojo is likely to have to make way.

Wolves are interested in the Argentine defender, as they continue their lavish summer spending. His injury record and high wages may mean that a realistic deal between the clubs can be easily agreed before this week’s deadline.

Given the length of his name you would think he would join recent arrivals Sokratis Papastathopoulos and Konstantinos Mavropanos at Arsenal. However, it was Manchester United who were initially the most interested in him, although this appears to have come to nothing.

Now they have a manager in place, Chelsea are monitoring the Serbian’s situation at Lazio.

“I have a contract with the club, and I am focused on the experience and on my team,” Milinkovic-Savic told the Lazio club website, but did not rule out a transfer. “In football you never know how things can evolve.”

Burnley will have to stump up at least £20m if they want to bolster their attack and bring Jay Rodriguez back to Turf Moor.

Rodriguez, along with Craig Dawson, have been made available by West Brom, but no clubs are willing to pay the hefty transfer fees to secure them.

As the end of the transfer window draws closer, the Baggies could be tempted to accept a lower offer if they can quickly reinvest the money into the squad.

A Premier League winner with Manchester City in 2013-14, Alvaro Negredo certainly has Premier League pedigree, although this was several years ago and even then he was not the most mobile forward.

The 32-year-old is now being linked with a move from Turkish side Besiktas to newly-promoted Cardiff City.

Turkish media are reporting that he is on Neil Warnock’s shopping list as the manager looks to add to Kenneth Zohore, Nathaniel Mendez-Laing and Gary Medine at the tip of the Bluebirds’ attack.

Carl Ikeme Reveals His Wife’s Reaction To His Cancer Disease