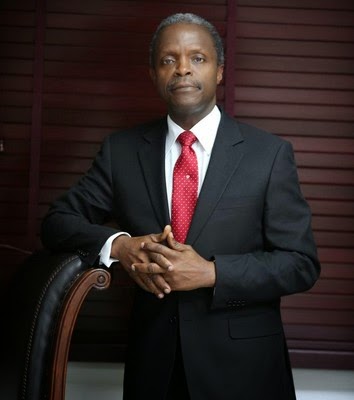 Laolu Akande, the media spokesperson for Osinbajo, announced the development via his Twitter handle.

“AgP Yemi Osinbajo has directed the termination of the appointment of the DG of the DSS, Mr. Lawal Musa Daura.

“Mr Daura has been directed to hand over to the most senior officer of the State Security Service until further notice,” he tweeted.

President Osinbajo, described the unauthorized takeover of the National Assembly complex earlier today as a gross violation of constitutional order, rule of law and all acceptable notions of law and order.
According to him, the unlawful act which was done without the knowledge of the Presidency is condemnable and completely unacceptable.
Professor Osinbajo, consequently assures Nigerians that all persons within the law enforcement apparatus who participated in this travesty will be identified and subjected to appropriate disciplinary action.

The sack of the DSS boss might not be isolated from this morning’s incident that saw DSS officers laying siege on the National Assembly.

Daura, has been courting controversy in recent times with the manner with which DSS operatives storm private residence laying siege for its owner.
Post Views: 914

10 transfers which could happen before Thursday’s Premier League deadline

RCCG: Pastor Enoch Adeboye Talks About Who He Will Be Handing Over To