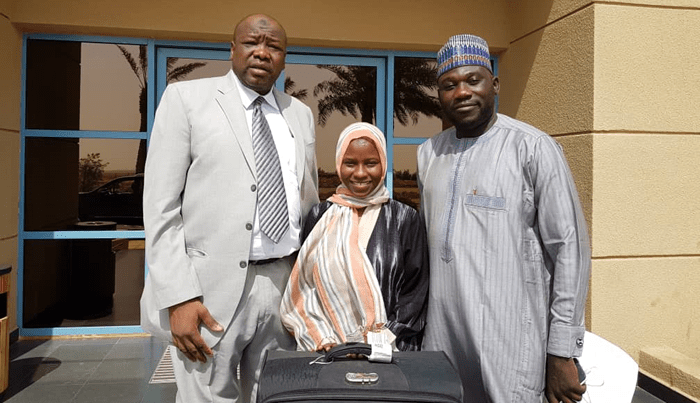 Zainab Aliyu who was released by the Saudi Arabian authorities on April 30 has arrived Nigeria.

She arrived Nigeria on Monday, May 13, through Malam Aminu Kano International Airport, alongside Ibrahim Abubakar who was also released following the Federal Government intervention .

Zainab arrived Kano at 10.00am aboard a Saudi Airline.

According to Daily Independent, Zainab’s father, Habibu Aliyu Kila was full of thanks to God Almighty for his favours.

The media house reported that Kila ccommended the Federal Government, and Nigerians for their support towards the release of his daughter.

He said: ”I am together with Zainab as I speak to you and we are heading home immediately.”

Zainab reportedly travelled from Mallam Aminu Kano International Airport in company with her mother, Maryam Aliyu, and sister, Hajara Aliyu to Saudi Arabia. However, she was arrested over allegations that a bag bearing her nametag contained the unlawful substance Tramadol.