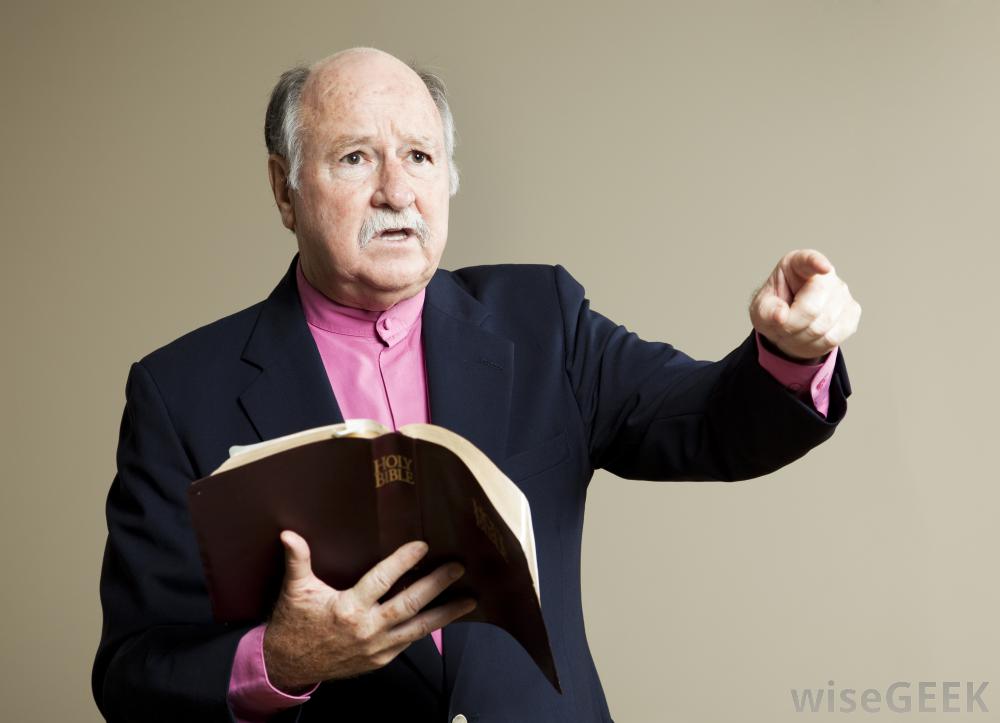 A worrying new trend is emerging whereby people are beginning to see their pastors as Gods and literally worship them.

Pastors come in all shapes and sizes these days, from the stark illiterate to the highly intelligent, all professing to have an in-depth knowledge of the Bible and Christianity and preach what they know to the masses.

Without the right theological training their interpretation of the Scriptures differs, depending on which church you attend: one pastor was caught out recently claiming Jesus’ disciples were actually his bodyguards! But you can’t really blame him because that’s his interpretation of what he read in the Bible.

Being a soul-saver is not an easy profession to practice. Whatever a pastor tells his congregation can have a severe impact on not just people’s earthly lives but also where they’ll head in the afterlife. As a result such a person needs to be sure of his facts before he or she opens their mouths. Knowing these ‘facts’ can only come from an indepth  study of the Bible preferably in a proper institution, that takes many years of study and not a crash course at a quack theological college. Again being a pastor is a calling and not something you wake up in the morning, grab a Bible and start preaching: people’s lives and souls depend on every word you tell them and being a pastor doesn’t mean you’re better than or above everybody else.

It’s easy to put a church together these days and most pastors have congregations that run into the thousands. Some have become so powerful that people hold them in high esteem: one has been pictured riding in a Rolls Royce flanked by motorcycle outriders and a video recently showed some church members kissing and touching a chair a certain GO had sat on. Why some people decide to worship their pastors – as if they’re Gods – is beyond me.

In a bid to enlarge their congregations some pastors have turned themselves into a one-stop-service for all worldly problems advising on all things from marital problems to financial difficulties. Again, one person without the proper training can’t successfully counsel everybody on all their problems – it’s not humanely possible! And the people themselves run to their pastors whenever they have any problems hoping the power of prayer – or their pastor – will save them.

And for those who worship their pastors remember he’s just an ordinary man who preaches (- or is supposed to) God’s Word. He doesn’t have any special powers to walk on water or raise the dead: anybody who does is either using trickery or ‘powers’ he or she shouldn’t be using. A pastor is a preacher, end of story. So there’s supposed to be a clear demarcation on who’s to be worshipped as God and who’s not. So all self-styled ‘Apostles’ and ‘Prophets’ are in the wrong profession: God does the deliverance, raising of the dead and not Man. Man can intercede through prayer for Gods assistance in a matter (- which anybody can do) to help somebody else but it doesn’t mean that person is the miracle-worker (- unless he’s using something else!). If God decides to help he will and not because some special ‘anointed’ pastor has the power to. As a result God should be worshipped directly and not these specially ‘anointed’ pastors who seem to know everything. Any pastor is just an ordinary man, just like you and me, and should be treated as such.

Related Topics:Are You Worshipping God or your Pastor? By Tony Ogunlowoslideshow
Up Next

When Silence Is No Longer Convivial, And Inaction Uneconomic