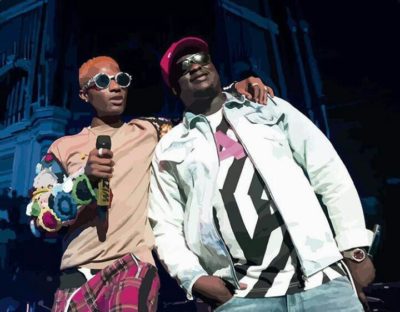 Wizkid and Wande Coal have returned to working on their collaborative album.

Speculation surrounding the album started last year. However, it didn’t see the light of the day.

The rumour is back again, and this time it has been endorsed by the musicians. While it was started by Wande Coal, it got an endorsement from Wizkid.

On Wednesday, October 10, Wande Coal alerted fans about the album when he talked about an artiste he was working with and asked his followers to guess who it was.

While details of what the two are planning are still sketchy, it would be good to hear a collaborative body of work from the talented duo.