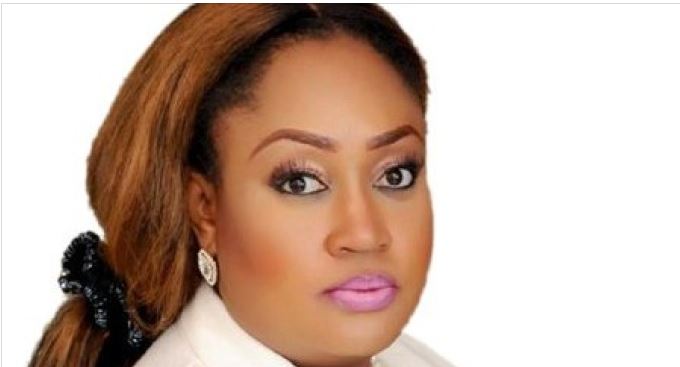 Unlikely is the possibility that there lives a person in Nigeria who celebrated George Weah’s presidency like Omosede Igbinedion.

The chubby lady went into a bubbly mood, as result started indicating a likely Weah presidency for Liberia.

Such was the situation that many wondered her interest in his emergence as president.

Rumour has it that Igbinedion’s celebration with several portraits of the ex-footballer was hinged on an old friendship with the new President of Liberia.

There are even those who hold the opinion that a fire not totally extinguished can still be ignited, but this is a position other consider unlikely.   How unlikely it remains to be seen especially knowing that Omosede is presently single.

The daughter of Chief Gabriel Igbinedion had a short-lived marriage with Benin Prince, Akentua. The marriage hardly last two years before it packed up.