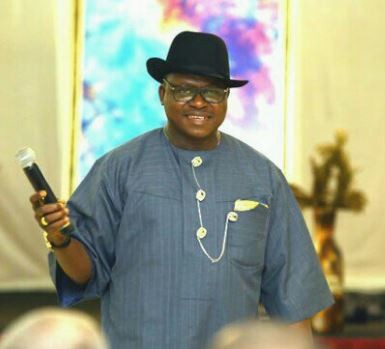 Timi Alaibe has called for a fresh governorship primary election by the Peoples Democratic Party (PDP) in Bayelsa State.

Alaibe who came second with 365 votes in the recently held primary filed a suit at the Federal High Court sitting in Yenagoa asking the court to void the poll and order fresh exercise.

A statement on Saturday by Professor Seiyefa Brisibe, the administrative secretary of the Timi Alaibe campaign organisation, said that Alaibe filed the application on Friday September 13 in his search of redress to “procedural flaws” recorded in the primaries.

“The suit filed pursuant to Order 3 (9) of the Federal High Court (Civil Procedure) Rules 2019 seeking answers to questions bordering on obvious non-adherence to the Constitution of the Federal Republic of Nigeria, the Electoral Act 2010, the Peoples Democratic Party Constitution and Electoral Guidelines, by the state chapter of the party in the conduct of the ward congresses, inclusion of local government council officials in the delegates list and the procedure for inclusion of three ad hoc delegates,” the statement said.

In the suit with reference number FHC/YNG/CS/99/2019, the aggrieved aspirant listed as defendants the PDP; Senator Douye Diri, governorship candidate; the INEC and one Embeleakpo Alale for himself and representing the elected council chairmen, vice chairmen and councillors of the PDP who were allowed to be delegates at the elective State Congress of the PDP in Bayelsa State held on September 3, 2019.

Also joined in the suit as defendant is one Doubra Kumokou, for himself and on behalf of the three ad hoc delegates who were allowed to be delegates at the elective State Congress.

Citing specific sections of relevant laws and guidelines, Alaibe is further asking the court to examine the entire processes that resulted in the primaries and rule in his favour in the light violations committed in a desperate move to impose a pre-determined and hand-picked candidate on the people out of 21 aspirants.

Alaibe, who is a former Special Adviser to the President on Niger Delta Affairs, wants the court to determine whether the pre-election actions and inactions of the defendants satisfied conditions specified in relevant sections of Nigeria’s constitution, the Electoral Act and certain sections of the PDP constitution.

He is also seeking an order setting aside the purported submission of Senator Diri’s name to the INEC by the PDP as its candidate in the governorship election slated for November 16, 2019 in view of the legal and procedural infractions cited.

“In view of this, he wants the court to order the conduct of fresh primary election for the nomination and sponsorship of the candidate for the governorship election in Bayelsa State,”the statement added.