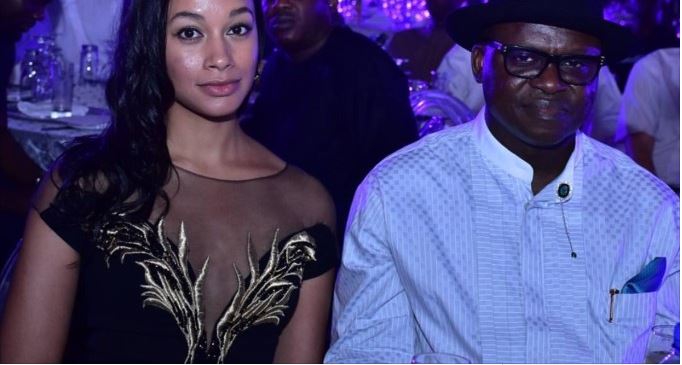 In recent times, Timi Alaibe, the former Managing Director (MD) of the Niger Delta Development Commission (NDDC), has not been a regular face at social gatherings.
However, out of respect for former President Olusegun Obasanjo, the man who named him  MD of NDDC Alaibe surfaced from nowhere.
He was one of the numerous quality guests who stormed Eko Hotel and Suites on Sunday, March 5, when Obasanjo celebrated his 80th birthday.

The colourful event which had Ali Baba as compere saw Alaibe stepping out with a German, sparking off tales and insinuations that he might just have found the missing rib he had been searching for all this while.
Recall that in 2009, Alaibe lost his wife, Alaere to cancer and subsequently stayed off public glare.

At a point, he was said to be set to marry first ever African Miss World, Agbani Darego, but the duo never walk the isle.
At Obasanjo’s birthday, it was indeed heartwarming to see that old glint which Alaere used to bring to Alaibe’s eye returning.