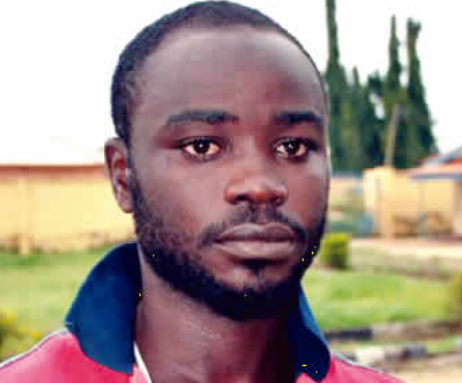 30-year-old Sani Mohammed has explained why he left his auto mechanic job for the kidnapping business.

Mohammed, who was recently arrested by the Niger state police command after a failed attempt to kidnap one Stella Agbachi, along Top Medical Road, Tunga, Minna, says he ventured into crime because he was told kidnapping is a more lucrative business than car repairs.

Sani who hails from Zumba in the Shiroro Local Government Area of the state, said he was desperate to make money to meet his personal needs. He confessed to have carried out series of kidnappings.

“After hearing that kidnapping is a lucrative business where one can make a lot of money, I said to myself: let me try, whether I will succeed. After all, the journey of a thousand miles starts with a step. I was planning to carry it out but unfortunately, I found myself in the police net,” Sani said.

Sani said his parents have refused to visit him in the police cell since his arrest. He said he has brought shame to his family.

Speaking on his arrest, the state police command’s Public Relations Officer, Muhammad Abubakar, said Sani would be arraigned in court upon conclusion of investigation

RCCG: Pastor Enoch Adeboye Talks About Who He Will Be Handing Over To