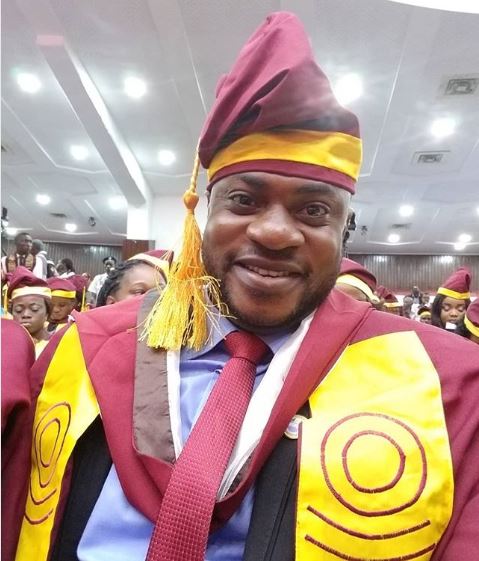 Comic actor, Odunlade Adekola, surprised a lot of people at the 2018 AMVCA when he prostrated on the stage of the event after receiving an award.

Having won his category, an emotional Odunlade who was dressed in a flowing native gown gave his acceptance speech appreciating the organisers of the award and his fans,  and then prostrating for them.

According to the thespian, it is a good thing to be noticed when you have been doing well.

An emotional Adekola stepped off the stage with a couple of people who had accompanied him to receive his award impressed and satisfied with himself.