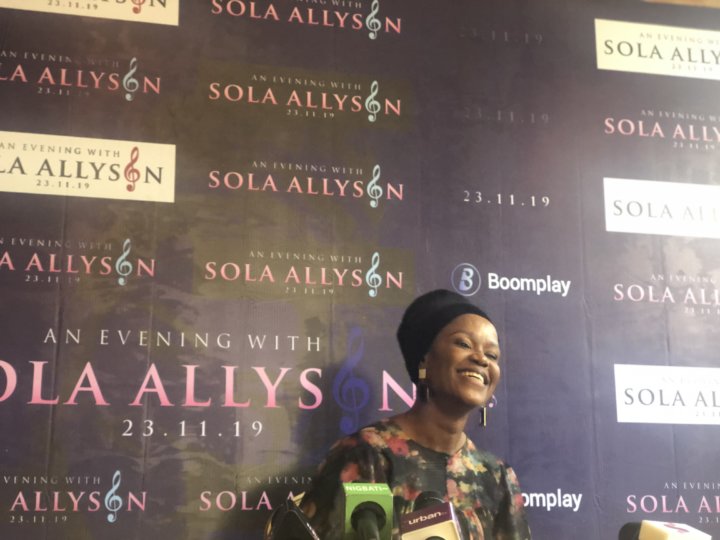 Sola Allyson has revealed that she is not likely to sing in English language. The artiste, who sings predominantly in Yoruba language is unapologetic about it.

Answering questions regarding her career recently, the ‘Eji Owuro’ singer said that she is not pressured to do anything outside what she wants, adding that she is not likely to sing in English, but acknowledging the possibility of finding English words in her lyrics.

“I sing predominantly in Yoruba, and my music doesn’t have any religious undertone. I am in the mainstream industry, but I don’t feel any pressure to do anything. I sing in Yoruba unapologetically. I don’t want to sing in English. If you find English words in my lyrics, it is just to let fans know that I am also educated.”

Related Topics:Sola AllysonWhy I Don’t Sing In English- Sola Allyson
Up Next

Why I Endorse Praiz ‘The King Album’-DJ Neptune