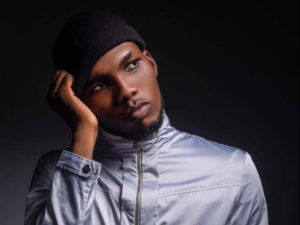 Victor AD has revealed that he doesn’t involve himself in what hardly concerns him.

The ‘Wetin We Gain’ singer revealed this when asked to react on the issue of Cybercrime.

Speaking during an interview, he said that it is not in his character to border himself with other people’s business, as he basically does everything proper to make money.

“I don’t involve myself in other people’s business; I do everything proper to make money. I don’t like to judge people, but that does not mean that I support bad things.”

Victor AD, who considers himself a known artiste, says that he is not yet a successful singer. Recently collaborating with Davido on the single ‘Tire You’, he also has credit for songs such as ‘No Idea’, ‘Need To Know’ and ‘Why’.