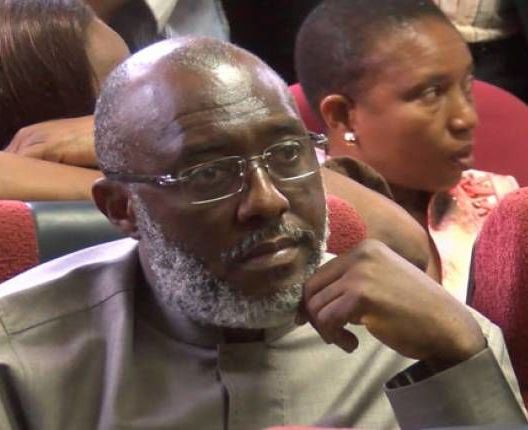 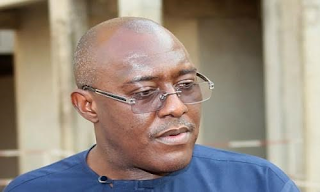 Embattled former Publicity Secretary of PDP, Olisa Metuh, has offered to refund the N400 million from the arms deal procurement fund that was traced to him. In a statement released by his lawyer, Onyechi Ikpazu, Metuh said he was returning the money to signify his support for President Muhammadu Buhari’s anti-corruption war. Metuh is currently undergoing trial for money laundering at a Federal High Court in Abuja.

Full text of his statement offering to refund the money below

Why Our Client (Chief Olisa Metuh) is Offering To Refund The N400 million – Counsel
In the light of the circumstances regarding the case of our client, Chief Olisa Metuh with the Economic and Financial Crimes Commission (EFCC), we want to explain the reasons for our client’s proposal to refund the N400 million released to him by former President Goodluck Jonathan, and which was expended on a project approved by the ex-President on national issues relating to his Presidency and the Federal Government at that time.
1. We want to restate that at the time the money was released to him after his presentation to the ex-President, our client had no knowledge of the source, a fact that is now obvious from the evidence of the prosecution and defence witnesses. Our client had every cause to believe that the money was from the ex-President to whom he made a presentation, received directives and rendered report and accounts accordingly.
2. When the matter first came up, and Chief Metuh was invited to the Office of the National Security Adviser (ONSA) in December 2015, he requested to know the source of the money and expressed his readiness to make refunds if it was from government coffers, not minding that the money had been expended as directed by the former President. Officials at ONSA never got back to him as they promised, until his arrest by the EFCC in January 2016.
3. It was however while in court that a document was brought regarding the source of the money and since then, our Client has made manifest his willingness to refund the money and has indeed approached his family, friends and associates to mobilise funds to refund the entire N400 million to the government regardless of the fact that the money had been expended based on the directives of the former President and that part of the money had been recovered from one of the prosecution witnesses.
4. We want to confirm that since then, we have been in talks with the Ministry of Justice, the EFCC and other necessary bodies on how to refund the money and resolve the issue.
5. Our client occupied no government office. His commitment and dedication to his official duties have been confirmed by even prosecution witnesses. In this whole saga, he has been an unfortunate victim of circumstances. His refunding the money, therefore, goes to show his support for the anti-corruption war as well as serve as a testament to his sincerity, integrity and honesty in this matter.
6. There is no doubt that the prosecution has considerably embarked on some expenses in the course of this case. It is hoped that by not discounting the sum already recovered, whatever cost so far incurred would have been defrayed. By this, a critical objective of recovery of funds would no doubt be achieved.
7. It is pertinent to restate our client’s continued support for the anti-corruption campaign, which is necessary to ensure probity in the affairs of Nigeria to the extent that it is conducted within the rule of law.
8. Finally, it is our client’s prayer that this nation shall come through this difficult time by the grace of the Almighty God.