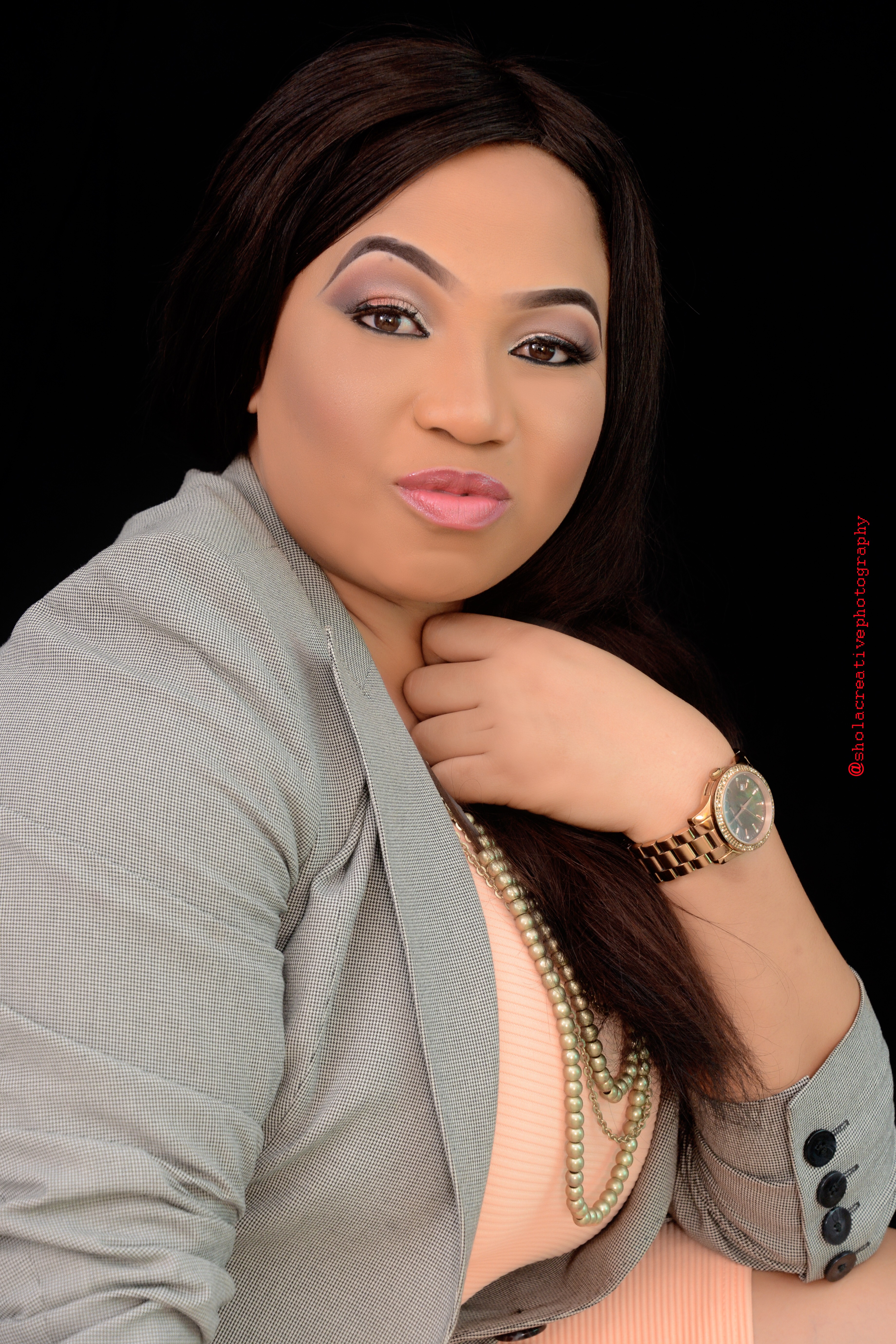 In spite of being a notable actress and movie producer in Nollywood for 10 years, sultry actress, Tolulope Oke is free of controversy unlike many of her peers in the industry.
Having been brought to our consciousness with movies like Bi Ala, Adun, Dazzling Mirage – a Tunde Kelani production – and starring in M-Net TV series, Zone 222, Oke has garnered respect as a Nollywood actress who knows her onions.
She has produced four movies, including the latest, Omiran, (Giant), being planned to premiere in London next month, just like two of her previous efforts – Bi Ala and Adun, which premiered successfully in London in 2012 and 2014 respectively.

On how she has managed to steer controversy away from her, she says, “Right from my foray into acting in 2006, I resolved to mind my own business and not dabble into controversy. I endeavour to put in my best on film locations and also come out with good movie productions from my stable, without having issues with anybody. I make bold to say that 10 years down the line, my resolution is still working for me.

A graduate of Sociology from the University of Lagos, Oke also holds a diploma in Dramatic Arts from the Obafemi Awolowo University, Ile Ife.  She has featured in countless movies including Awure Eni, Kutu Kutu, Agidi, Omo Oko, Akoba Waidi, Teekay, Kosofe, Orin Dola, Ijoba Osekan, Efin, Sinmisola, The Score, and a host of others.

“The movie is a wakeup call to those involved in unsavoury behaviour and people who engage in illicit dealings. It is meant to enlighten the public and teach them some moral lessons. It is a real life experience adapted into a movie,” she said.
Shot on locations in Ibadan, Omiran explores the theme of love and integrity. It runs for almost one and half hours and a sneak preview reveals Raphael Olakunle-Collins, (Adebayo) as an unscrupulous element who makes livelihood out of illicit drug dealing. His involvement with Ayinke (Oke) proves to be his Achilles heel and he tries desperately to keep his head above troubled waters as the cold hand of the law inches closer.
According to Oke who is currently in London, the premiere is being organised by her production company, Edge 17 Production with support from Naija FM Radio Station and Godfather Production, London.

Related Topics:slideshowTolulope OkeTunde Kelani production‘Why I Am Free Of Controversy’ - Actress Tolulope Oke
Up Next