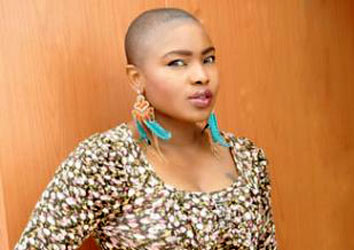 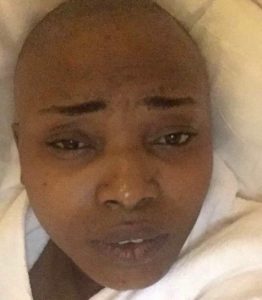 Halima Abubakar has not been in circulation for a while.

Calls for the thespian to grant interviews have also been rebuffed.

While many were not aware of the reason behind her actions, her brother has come out to set the record straight.

According to Isah Abubakar, the actress is currently suffering from complications arising from a fibroid operation she had in India.

Recall that in April, Halima disclosed via her IG page that she had just undergone a Fibroid operation. Her Friend Tonto Dikeh, shared a shocking new photo of her online over the weekend and people started asking for an explanation.

What he wrote is below:

“On behalf of our big sister, we want to thank everyone who called, commented and prayed for her. We all are grateful. And to Aunty Tonto for being a good friend and for always being there..And to her mentor and guidance The First Lady of Kogi state @rashidayahayabello for being an example of love,and kindness towards our sister who had complications from fibroid. We love and pray for God to keep uplifting you for all you do for everyone. For being a mother to our sister. Your kindness will never go in vain. Written by @itsyungissy Isah Abubakar ps to all her colleagues who posted pictures, calls omg called much respect to you all. She will thank you herself as soon as she is fit”.

TEN YEARS AFTER FIGURINE, RAMSEY NOUAH, OMONI OBOLI REUNITE IN MY WIFE AND I