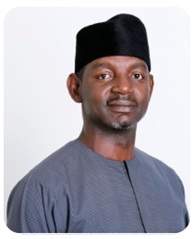 There was a time when Sayyu Dantata, the founder of MRS Holding Limited was synonymous with the company.

The slim and dark-complexioned man was in places that mattered and pulled a lot of weight especially in the oil marketing industry.

A Polo buff, then, he was a common sight at the Polo Club in Ikoyi, Lagos State. He was also a favourite at the Motor Boat Club and also featured prominently there.

Those days are now almost in the annals of history, as the man has been out of circulations since resigning as the chairman of MRS, he has simply gone underground.

With his contemporaries still achieving set goals via their organisation and MRS seeming to have lost some shine, poser about his where about has been asked.

Yet Another Feather In Shina Peller’s Cap