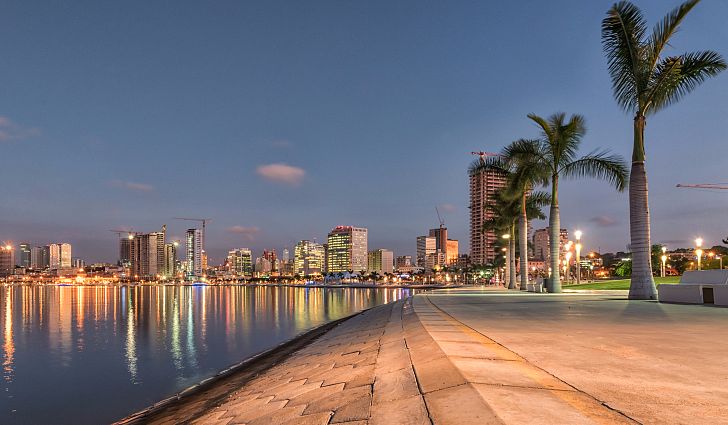 As of August 2018, my ranking of the most developed would be as follows. Based on their GDP per capita (PPP) and HDI ranking in Africa. First ranking in GDP and 2nd ranking is HDI out of 55 African countries, which combines life expectancy, education & literacy rates, and GNI). Human Development Index (HDI

Within the constraint of my definition, Angola comes first, Nigeria second, Kenya, third, and Rwanda, 4th.

Rwanda is a very small country and really cannot be compared with “oil rich” Nigeria or Angola. At least, not at the moment in 2018.

I am Rwandan, who is interested in business and entrepreneurship.

These 4 countries are very different in sizes, economies, etc. It is quite a challenge to compare them head to head. It actually cannot be done. Unless, you specify your definition of “ developed”. For now, I will focus on regular economic indicators, laid out by Economists at World Bank, IMF and similar institutions.

Unfortunately, the funds coming from those resources enrich a minority of business people and politicians. And not majority of their citizens. Lagos and Luanda are such a good example. The richest neighborhood in those countries will trick you to thinking that you are in Monaco or Switzerland.

Therefore, in addition to GDP per capita, you have to include other economics metrics such HD( Human Development Index, literacy rates, access to healthcare and basic education ( 12 years of primary and secondary schools), life expactancy and happiness index).

Based on these other metrics, Angola and Nigeria goes straight to the bottom.

70% of Nigerians live under the poverty line. That’s 140 million people in one corrupted and unfonctional state [ According to Nigerians]. These are not my words. This is a ticking time bomb, waiting to explode soon or later. Add identity politics and tribalism into the mix, you have got yourself a deadly time bomb right here. Trust me! I am Rwandan. We have been there, done that. No bueno!

Poverty, tribalism, and identity politics is a recipe for a disaster. It sounds like another country I know too well before 1994. My home country, Rwanda. Nothing good comes out of this combination. It is bad & sad for business.

It is a cancer to any progress and the wellbeing of the nation. Angola is the same, but not as bad as Nigeria. If they don’t change, they will get there someday. By then, Nigeria is even going to be worse [ These are not my words, but Nigerians].

That leaves me with Kenya and Rwanda. Again, Kenya is the more developed than Rwanda. They have better and robust education sytem than Rwanda. However, Kenya’s Achilles hill is always “corruption”, mostly based on an Agrarian economy. Their government gets involved in every sector of their economy, which makes their industries really corrupt. Because of this, majority of Kenyans are not happy about their system of governance.

Fellow Kenyans, your leaders need to read “ Free to Choose” by Nobel Prize Economist, Milton Friedman. Buy them many copies for their birthdays. Require them to read, discuss the book and summarize it for themselves in exchange for seeking re-election. It is the only way they can read it. Trust me! It might be your best bet.

Kenyan politicians ( members of parliament) are the highest paid in the world when you include $1,000 per day allowances for only food and water whenever they are outside of the country. Kenyans know that their country is rich but their resources is only enriching a few minority. Thus, they are not happy.

By GDP per capita, Rwanda is the least developed of all. However, Rwandan’s system of government is much more efficient and forward thinking than the other countries. Least corrupted of all, and way more organized than others. In addition, given their history in 1994, Rwanda came from nothing and built their systems from scratch.

They have laid a solid foundation for their future. Think about it? They have managed to cut aid dependency from 86% of their national GDP in the year 2000 to about 17% in 2018. Meanwhile, they have doubled their GDP in their last 10 years and looks very unstoppable at the moment ( if they can ignore the noise from their Western so called partners).

Over 95% of Rwandans have access to affordable healthcare. If you are looking at Millenium development goals ( MDGs) and sustainable development goals ( SDGs), Rwanda is definitely “killing” it right now. Their government is focused, their people are motivated, excited and believe in their country’s ability to rise to the top. This excitement and the energy it generates cannot be underestimated.

In fact, measuring Rwanda’s happiness index, and trust in the government, Rwanda comes way ahead than the other three countries. However, they have a long way to go to compare themselves with Nigeria and Angola.

Rwanda is a landlocked country and does not have any natural resources. The other countries are rich in natural resources and touches the sea. They have a competitive advantage, given their location and abundant resources.

Rwanda is only relying on their people to move forward, in unity and peace, safety and security, hope and excitement, steady economic growth for another 30 years or so.

Related Topics:slideshowWhich country is the most developed; Rwanda; Kenya; Nigeria; or Angola?
Up Next

2019: Obasa Urges Electorate To Obtain PVCs; Says It’s Their Only Access To Vote For Credible Leaders

How To Spot A Broke Man,The City Girls Reveal