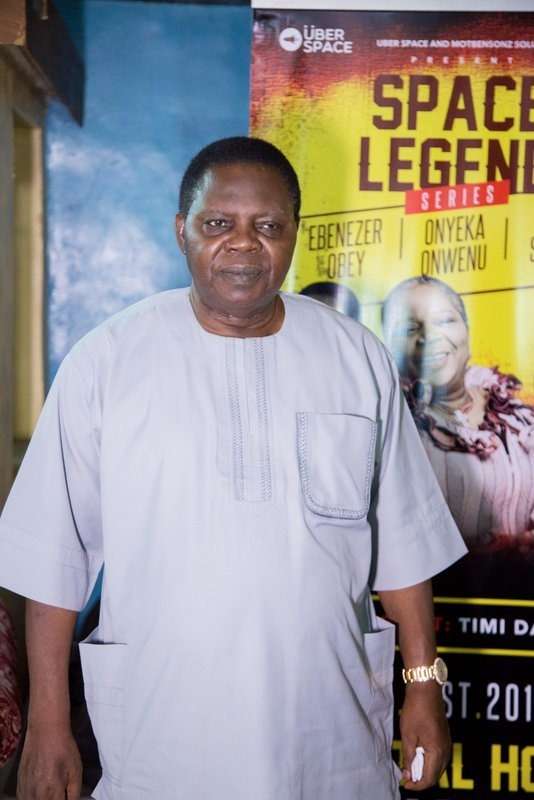 In the wake of celebration of music legend Evangelist Ebenezer Obey’s 75th birthday on Monday, April 3, one issue which came to mind was the worry over the continuity of his kind of music.

His health coupled with his age and sight problem have seen calls that he should either reduce his activeness on stage or call it quits totally.

Interestingly, up and coming musicians who do the same genre of music as Obey have only succeeded in doing their own kind of thing with a vacuum left to be filled when Obey retires.

Not even Tolu,  the child of the revered musician has been able to rise to the occasion, as his career is still fledging despite his age. This is according to some music pundits.

Over the years, Tolu has found it difficult to break out as a musician, as he continues to trail in the shadows of his father. It has almost become a common sight to see him takeover the stage after his father is done at performing shows. This regrettably remains the peak of Tolu’s career.

While great musicians including Fela Anikulapo Kuti successfully guaranteed the continuity of their music with his sons Femi and Seun, same cannot be said of Obey who has been able to create a name for himself singing both the Juju and Gospel genre of music.

However, one aspect where he seems to have failed remains finding a protégée to take over when he is done.

This has left in its wake the question of what becomes of the music of Evangelist Ebenezer Obey when he retires?