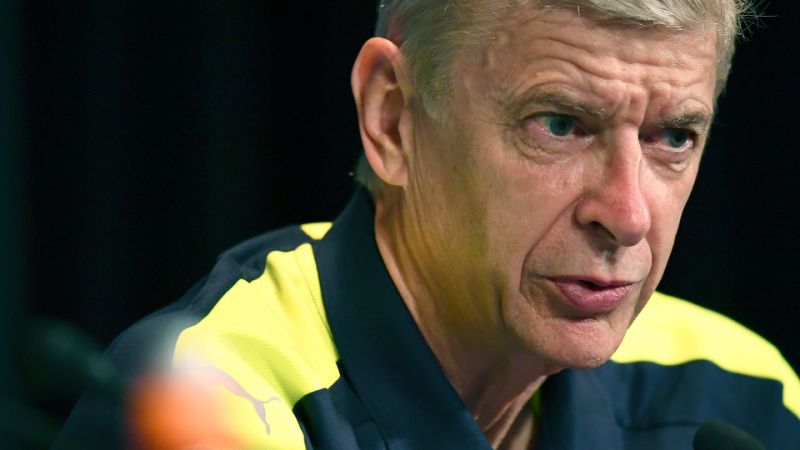 Few things in football are as dependable as the rhythm of an Arsenal season, and the 2016/17 campaign is already following the familiar grooves of the late Wenger years. New signings threaten to reinvigorate the side and recalibrate the trajectory of Arsene’s 20thyear in North London, but his stagnation is too deeply entrenched to be alleviated by individual upgrades. Their £93 million injection, dwarfed by Chelsea and both Manchester clubs, is well intentioned but cannot disentangle the tactical stubbornness that sees Wenger’s chances of a late career revival weaken year on year.

Sifting through the defects in Arsenal’s semi-fractured system is peculiarly difficult. Even though the glaring faults – hastily patched up with quick fix solutions in recent years – have finally been repaired with the signings of Granit Xhaka and Shkodran Mustafi, a fourth league title still feels strangely out of reach.

What Arsenal lack is a ruthless complexity, the sort of unhinged variation that Thierry Henry and Dennis Bergkamp brought them – slicing through Wenger’s arthritic formation with the chaos of true genius. Mesut Ozil and Alexis Sanchez perform similar feats in quick bursts, but by spring Arsenal begin a withering process just as their rivals bloom.

From the measured, gradually disarming methodology of Pep Guardiola’s transitions to the frantic, screaming decoy runs of Jurgen Klopp’s counters, the “creative freedom” seen at the highest level is in fact nothing of the sort. These synchronised moves are the result of endless repetition on the training field until they become instinctive, offering the illusion of telepathy and imagination when emerging from the shadows of the training pitch.

Arsenal, of course, work tirelessly on attacking tactics themselves, but the familiar stutters in August and nose dives in March reveal the tiredness of Wenger’s approach. The moments of maverick inspiration – usually conjured by Sanchez or Ozil – disrupt the monotony of Arsenal’s predictable build-up play rather than form part of a more complex overall pattern, the basic rhythm of which hasn’t swayed in at least a decade. From the formation shape to the specific sequences of passing and running, Arsenal rarely surprise their Premier League opponents.

This is not necessarily Wenger’s fault. Football is an endlessly creative process. Its popularity is built on constant evolution, our continued fascination relying upon a sense that the league is a throbbing, living organism that moves either in fashion cycles or with fresh innovation. This is why the turnover of top level coaches will always be high, and why youth is always preferred (by fans at least, if not by financially motivated boardrooms).

Wenger should not be blamed for failing to adapt with the times or deviate from his preferred system. Few managers ever last more than a decade or so at the top, with the most notable exception being Alex Ferguson – who constantly reinvented himself in unprecedented ways. Everyone, except Fergie, eventually becomes outdated and unsuccessful.

Except that finishing consistently in the top four does not – objectively speaking – automatically equate to failure. The Wenger Debate refuses to go away possibly because it resonates on some deep level with one of the core principles of football fandom.

Those who choose to define Wenger by his 12 years without a league title (as opposed to praising his consistent qualification for the Champions League) are rejecting the robotic, clinically-inclined pragmatism that dominates our corporatized sport.

In football, as in life, stagnancy is death. Striving for progress, illusory or not, underpins everything in our lives. Feeling optimistic about an upwards trajectory – be it our careers, relationships, or love for a football club – is the fuel that keeps us scurrying in our hamster wheels, ignoring the looming shadow of sterility that can threaten to engulf us all on gloomy Monday mornings. The modern fan has to employ a special kind of double-think, indulging in a wilful ignorance of the stagnant power balance in English football.

The genius of sport is that everything resets to zero once a year, allowing optimism to surge through the veins even if, historically and statistically, your team isn’t likely to get any better. It is why Leicester City’s league title was so symbolically significant; it was a genuine shattering of the status quo and enough to feed the giddiest of August prophesies in all of us for at least the next 10 years.