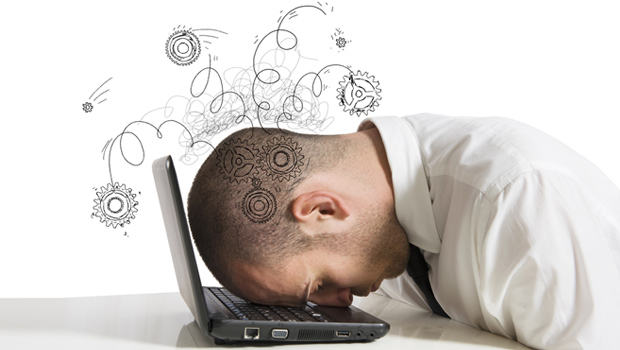 Failure of any kind is tough. Most people talk about how failure is part of success and how you should continue with your efforts until you succeed, but most don’t talk about how to deal with failure when it happens. Sometimes, the truth is it’s not so easy to pick yourself up and continue to try again, especially when you are just tired.

Jumia Travel shares 4 ways to help you deal with failure and find the courage to go on.

That sinking feeling that comes with failure, the consequence, the pain and regret… none of them will go away unless you make a conscious effort to make them go away. Make peace with the fact that you are going to have to fight to be back on your ‘A’ game, if not failure will permanently brand you with its scar – the scar of self-doubt.

Self-doubt is a lack of confidence or reliability on one’s own thoughts, abilities, motives, actions, personality etc. No one should have to live with such a scar; no one should give in to such a life. Self-doubt can easily become the cause of every missed step in life. It steals dreams, denies hope and assassinates faith, as someone once said. Be prepared to fight to rise up from where failure threw you down and move forward.

You failed at something; it’s not your failure, it’s a failure. Learn to detach the fact that you failed from your person, from who you are. The fact is, failure is a part of life; nobody gets it right all the time. In life you are going to fight many battles, willingly and unwillingly, and you have to choose your battles and decide not to let the belief that you are a failure because of certain times you failed, be one of your battles. Understand that failure is a message to either ‘try again’, ‘try some other way’ or ‘try something else’ and move on.

FIND THE HOLE THAT CAUSED YOUR FALL (LEARN YOUR LESSONS)

We fail because there is something that should either have been done better or should not have been done at all. In other words, there is a sort of hole that needs to be filled.

Look back, no matter how difficult it might be, revisit whatever you need to revisit, and try to find the hole that caused your fall. There is always a reason for failure; you only need to patiently find it. But make sure you don’t do this immediately, because thinking and rethinking about the fact that you failed, replaying the events in your mind so soon especially when you are still raw from the hurt, can be counter-productive. It might end up leading you to depression and in more extreme cases, self-hatred and suicidal thoughts.

So, wait before you reach this stage, make sure you are relatively detached from the event to see it in a fairly objective way so that you can get the truth. If third parties you can get feedback from where involved, please venture to ask them questions on the reason(s) for the failure. Ask questions (Why did I fail? Could I have avoided it? What could I have done differently? What did I learn from all that happened?), get the facts, understand why you failed and learn.

I once read the story of a coach that gave his players 24 hours and not an hour more, to feel the pain of every loss they had and joy of every win as deeply as they could. After the traditional 24 hours were up, the coach and his players continued the next day like nothing significant happened. They had moved on to the next challenge and could not afford to waste any energy on what was no longer relevant.

Remember, failure is a message to either ‘try again’, ‘try some other way’ or ‘try something else’. Discern its exact message to you and move on.

Related Topics:slideshowWAYS TO DEAL WITH FAILURE
Up Next

HABITS THAT ARE LOWERING YOUR SELF ESTEEM (PART 1)