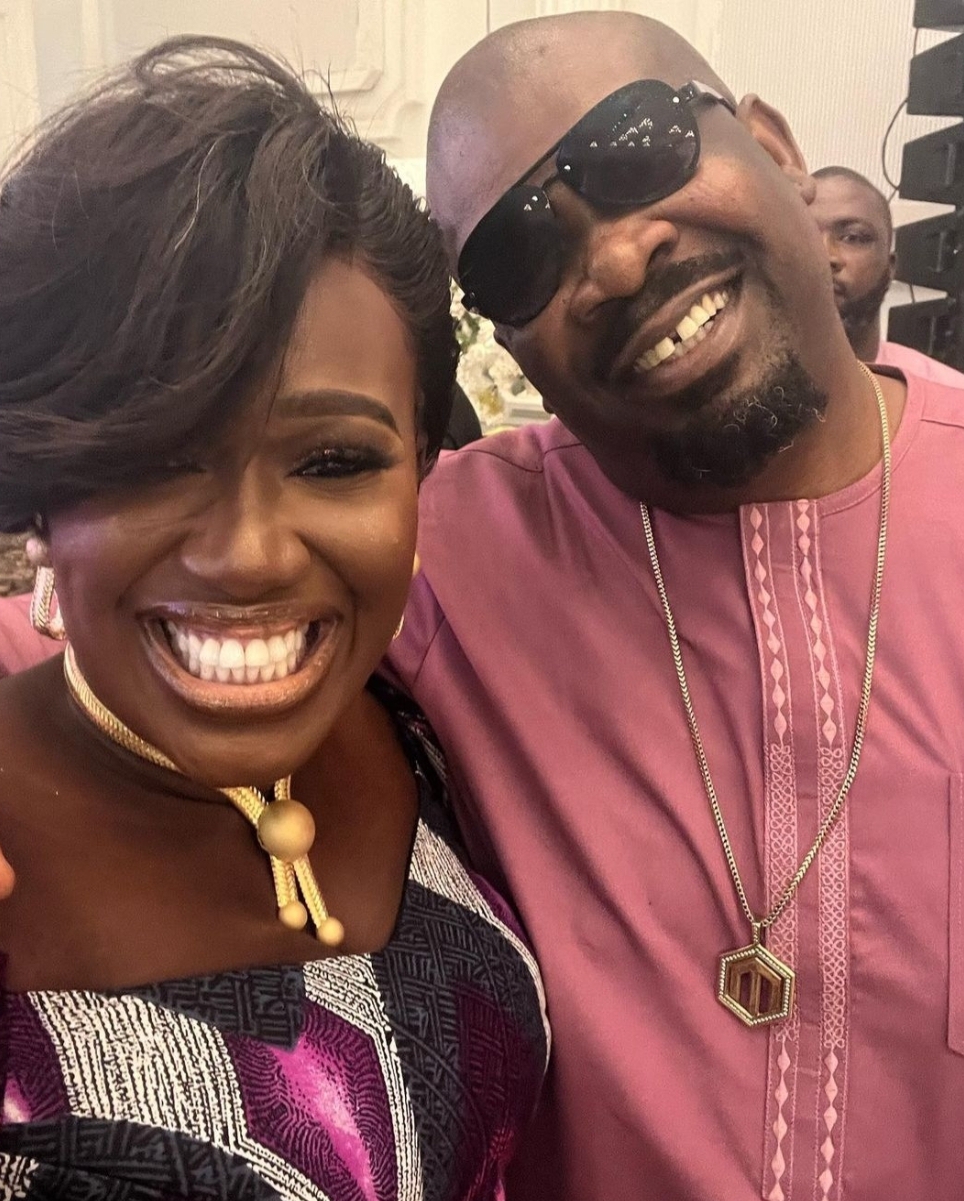 Popular comedian, Warri Pikin, has revealed that the Aso Ebi guests wore  to the celebration recently held for Don Jazzy’s mother was given out for free

The celebration of life ceremony which held on her behalf on Friday, October 7, had notable celebrities including Korede Bello, The Prince, Kenny Ogungbe and ID Ogungbe in attendance.

Reflecting on the purple ankara asoebi chosen for the ceremony, Warri Pikin noted that Don Jazzy did not sell the asoebi like people do when they have a ceremony.

She explained that it was given out for free and it’s the first time in her life that she is getting free asoebi.

According to her, Don Jazzy also gave each person a gift along with the material for the event.