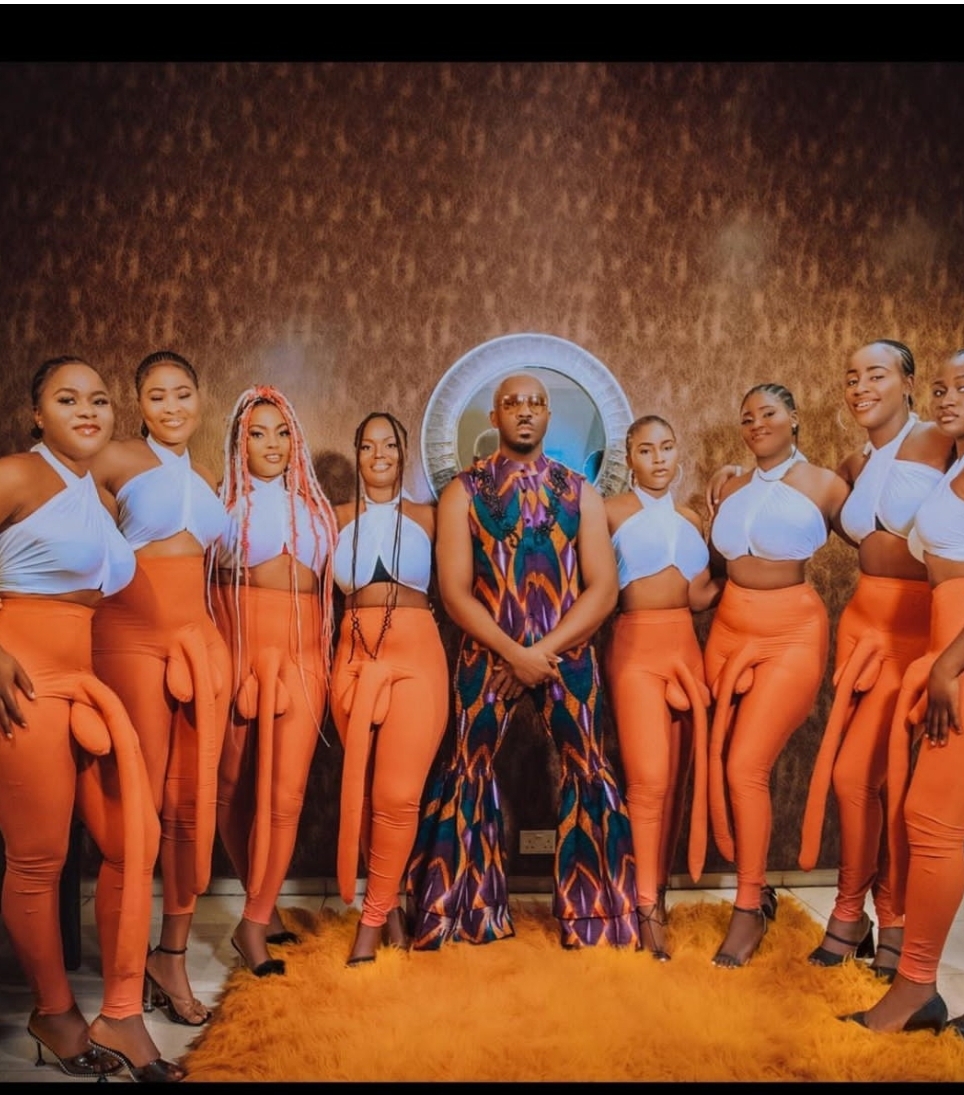 Celebrity nightclub owner, Pretty Mike, was the center of attraction recently when he stepped out for the funeral ceremony of the mother of music producer, Don Jazzy.

Recall that on the 23rd of July, Don Jazzy took to his verified Instagram page to announce the death of his mother who was battling cancer.

At the funeral event which held on Friday, October 7, Pretty Mike stormed the event with an entourage of eight girls wearing pants that featured large p*nises with testicle.

The girls clad in orange coloured costume definitely caused a stir among guests that were in attendance. 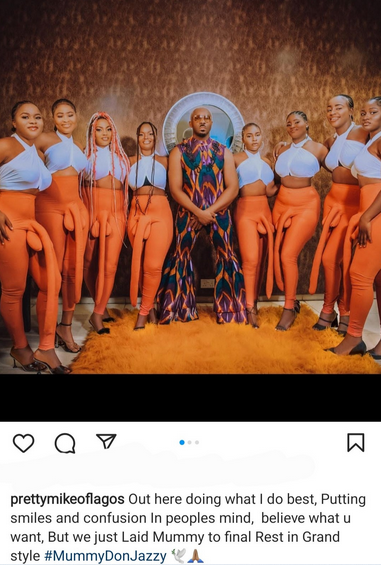