Reality stars, Ka3na and Nengi appear to be in a war of houses.

Trouble started when fans congratulated Nengi on the purchase of her house, they threw shade at other housemates for not achieving as much as Nengi after leaving the house.

To clear her name off the list of none achievers, Ka3na shocked Nengi’s fans saying that she bought her first house with her money long before the Big Brother Naija reality show sparking off an exchange between their fans. 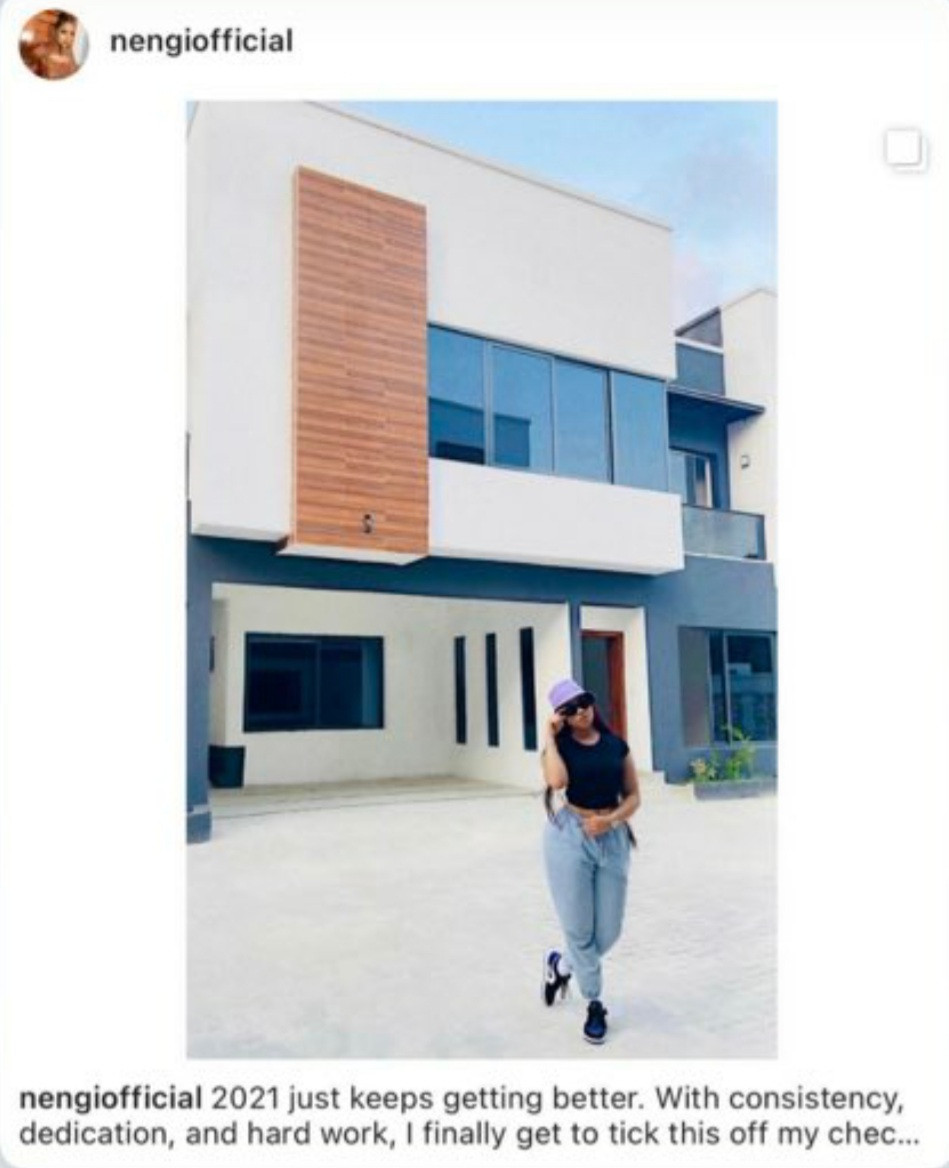 Clearing the air on the issue, Ka3na wrote in a now-deleted tweet: “I bought my home with my hard-earned money before Bbn. No comparison whatsoever. ”

Meanwhile, the house Nengi bought has been put at N75 million.