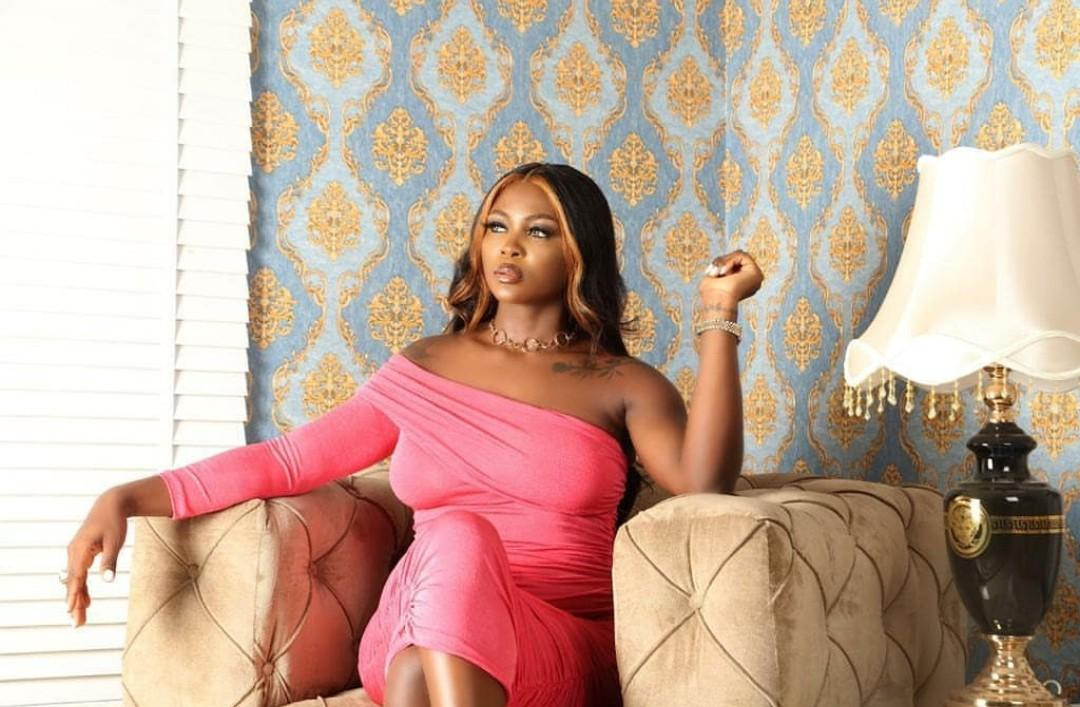 Dramas are sure emerging from the Big Brother Naija reunion show.

Following Ka3na’s appearance on the show, she was heavily criticised for her accent which some people described as fake.

The reality show star has now replied her critics telling them that she did not get to where she is because of her English.

Tweeting to those coming after her, the mother of one stated that she never bought her houses and numerous businesses with English, adding that her critics should sit back and enjoy the show. 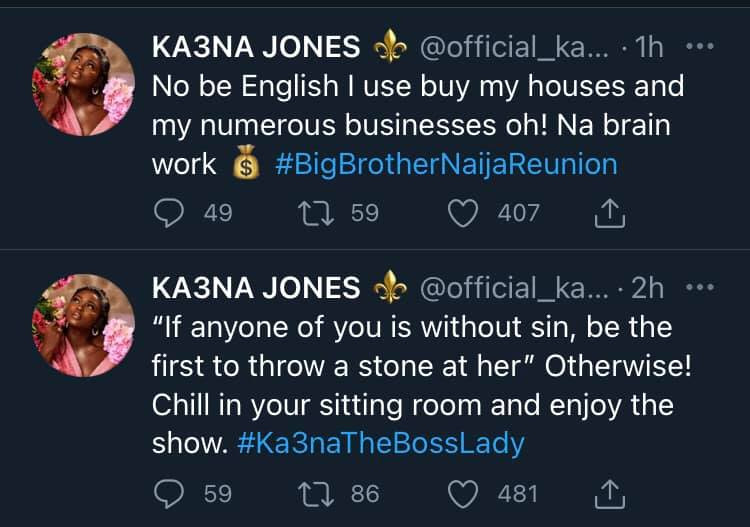