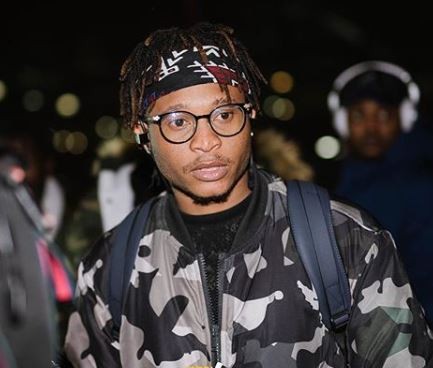 Entertainers have a way of dropping lines that elicit reactions that eventually spurred their careers. This is something musician Viktoh is aware of.

Many would remember how young musician Skiibi was declared dead only for his fans to realize it was all a gimmick.

It is Olamide’s Protege Viktoh who is in the center of what a lot of people have called a scam.

The YBNL act shared a scary suicidal post earlier today, saying ‘there is so much pain in this world that I just want to’ leave’

The post which has since been deleted reads; “What happens next when the world knocks you down? There is so much pain in this world that I just wanna leave and go somewhere better. I want to go to a place where your heart never aches again! I just wish something could take this pain away cause.”

If this is for real or just another joke remains to be seen. Viktoh got signed on to YBNL in 2014 alongside Lil Kesh. However, he hasn’t made much of his music career.