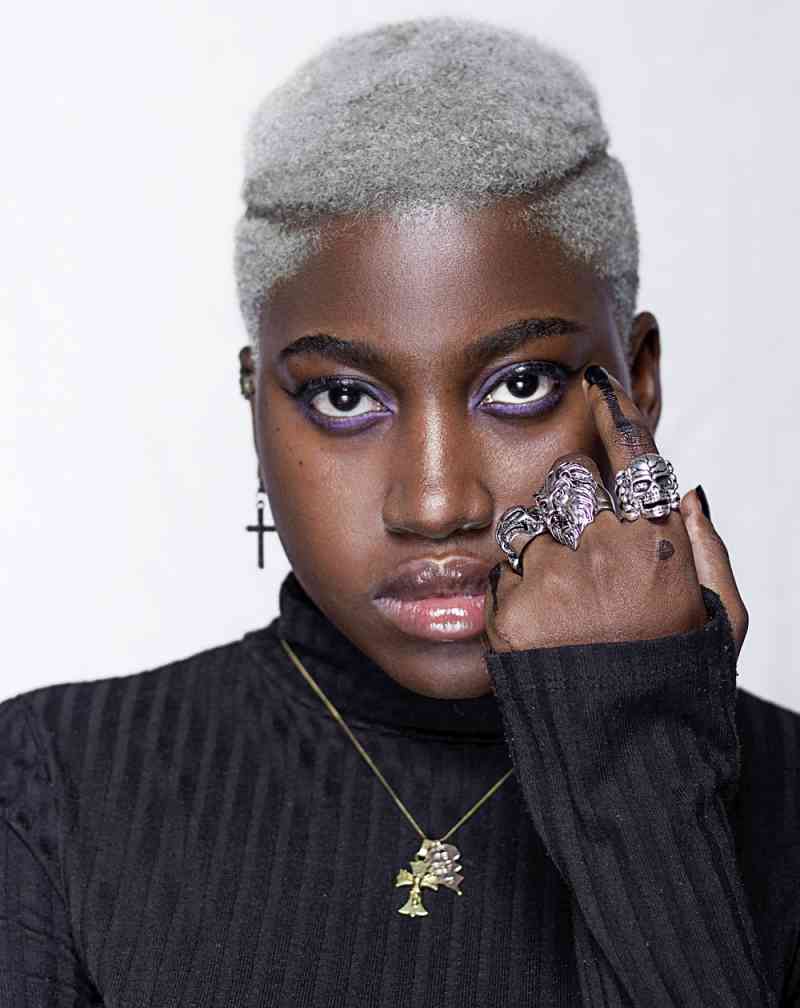 Controversial singer, Temmie Ovwasa, has urged Christians to stop introducing her to Jesus.

She stated this in an Instagram post saying that Christianity has no superior hold on morals if their God had to impregnate a child.

The former First Lady of YBNL wondered why people kept introducing her to Jesus, asking if he would eat her pu**y as she is worthy of him, but him not her.

Ovwasa also accused Biblical character, David of being a “rapist”. 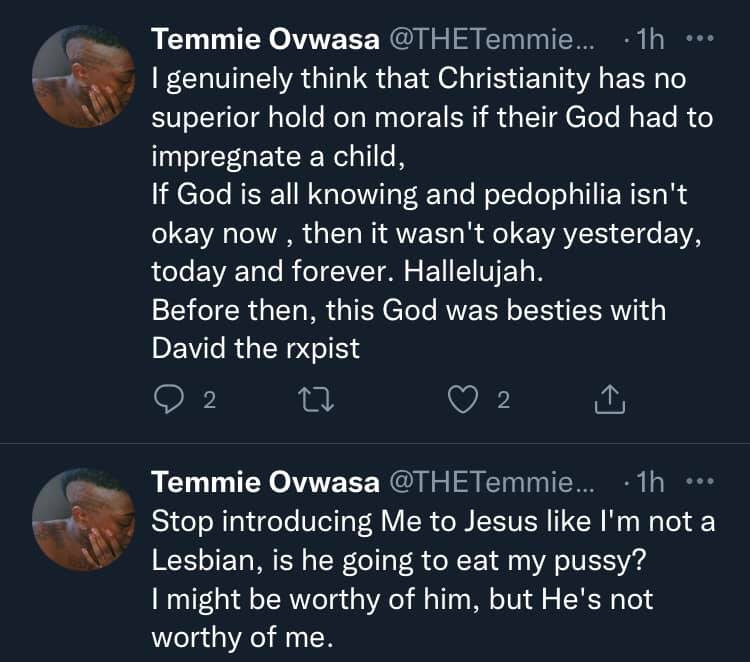 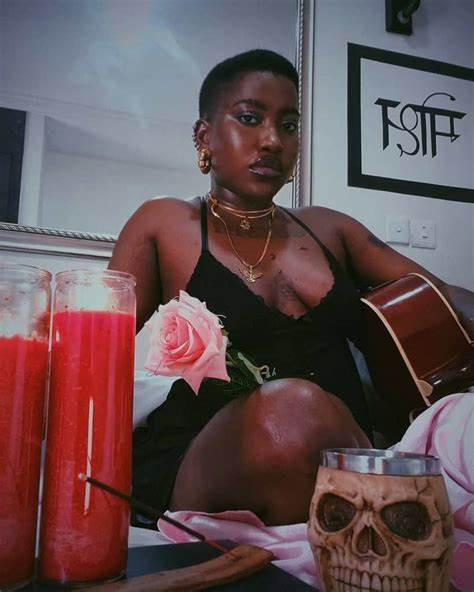 Afropop Teen Star, Phatiah Is Back With  “Jeje”