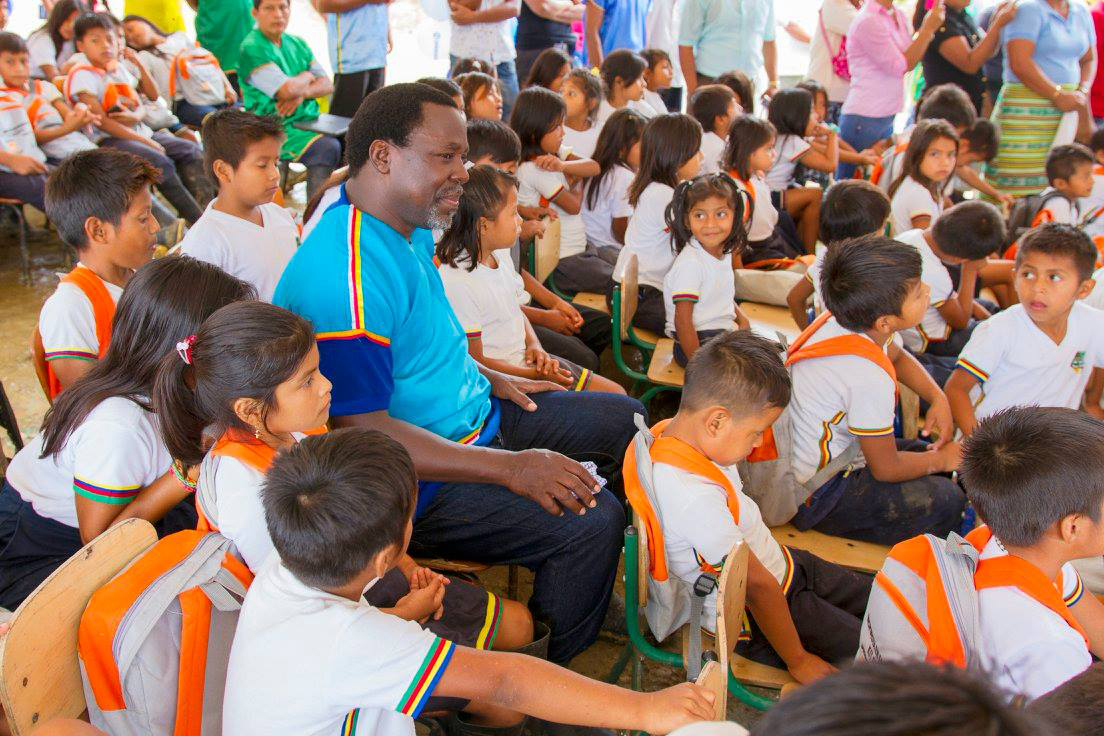 An inspiring documentary detailing the recent visit of Nigerian Prophet T.B. Joshua to the South American nation of Ecuador has been released on YouTube, showing rare footage of the cleric’s adventurous trek through a rainforest on a mammoth humanitarian mission.

The clip shows Joshua being warmly received by Ecuadorian military officials and then meeting the nation’s Vice President Jorge Glas, before embarking on an intrepid journey through a dense tropical rainforest to the indigenous community of San Salvador de Los Chachis.

After the earthquake that struck the nation in April 2016 had destroyed the only school which previously served the entire community, Joshua, alongside his ‘Emmanuel TV partners’ rebuilt the school and refurbished it with new equipment.

The cleric is seen officially opening the school, encircled by hundreds of grateful local students whose academic pursuits have been rekindled by the philanthropic act.

The journey back to Ecuador’s capital Quito provides viewers with unique insight into the pastor’s personal travails as his vehicle breaks down due to adverse weather and Joshua is forced to walk on foot for several hours through the muddy terrain.

“We are going on a mission and it is not all missions that are smooth,” he tells viewers. “We went to give food; we are running out of food now… What a rare privilege to suffer for the needy.”

In stark contrast, another ceremony is held days later and attended by top government and military figures within Ecuador where Joshua is honoured for his humanitarian gestures.

Since the video’s release, hundreds of comments have been shared, especially noting Joshua’s humble demeanor and endearing message amidst the harsh conditions.

Earlier reports revealed the finances donated by Emmanuel TV for the refurbishment of the school alongside the immediate disaster relief aid to Ecuador exceeded $500,000.

Related Topics:slideshowT.B JoshuaVIDEO: T.B. Joshua As You Have NEVER Seen Him!
Up Next

Life saving facts you should know

SIGNS OF A CHILDISH ADULT