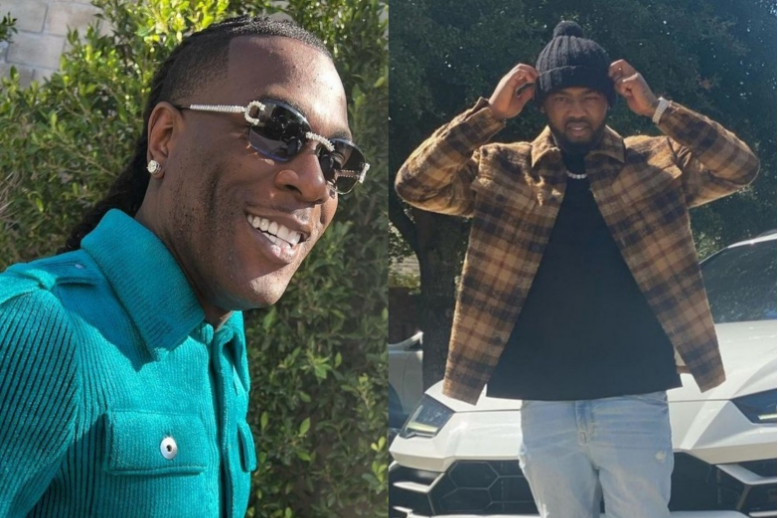 Burna Boy and his mother Bose Ogulu have been accused of not showing up for a show despite collecting money.

The allegation was brought against the artiste and his mom by a show promoter identified as Goldmool. Goldmoola claims he paid Burna Boy $15,000 for a show and Burna posted the flier on his Instagram.

He maintains that when it was time for Burna to perform, he refused to emerge.

The show promoter went on to claim that Burna’s mum asked him to pay an additional $10,000 before Burna would come down from his hotel room to perform.

He said he realised then that he was being extorted so he refused and Burna immediately went on social media to post that the show has been cancelled and then he and his team snuck out of the hotel through the back.

The show promoter said he has been asking for a refund of the $15k since Burna didn’t perform again but they have refused to return the money.

See his posts below. 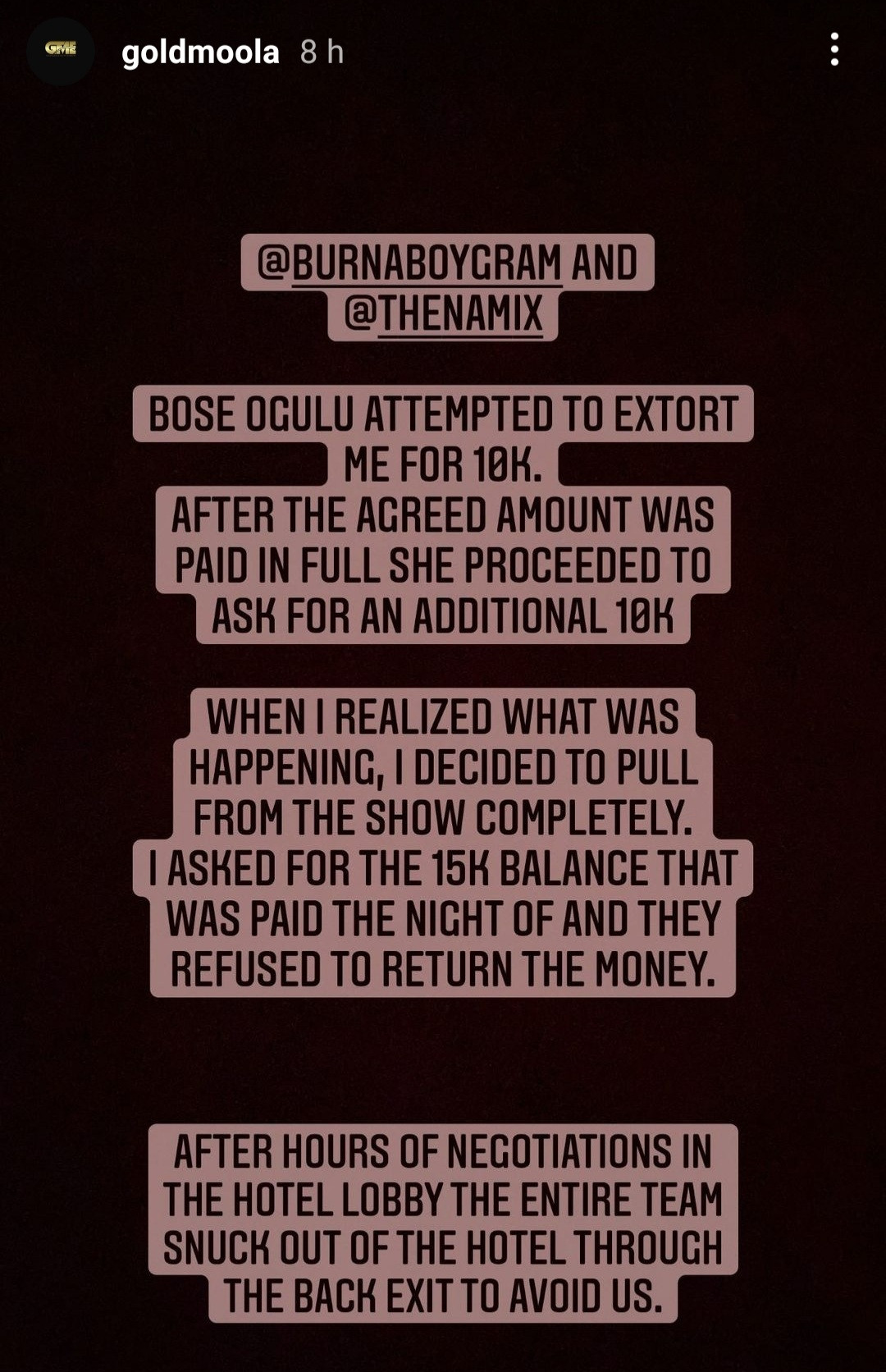 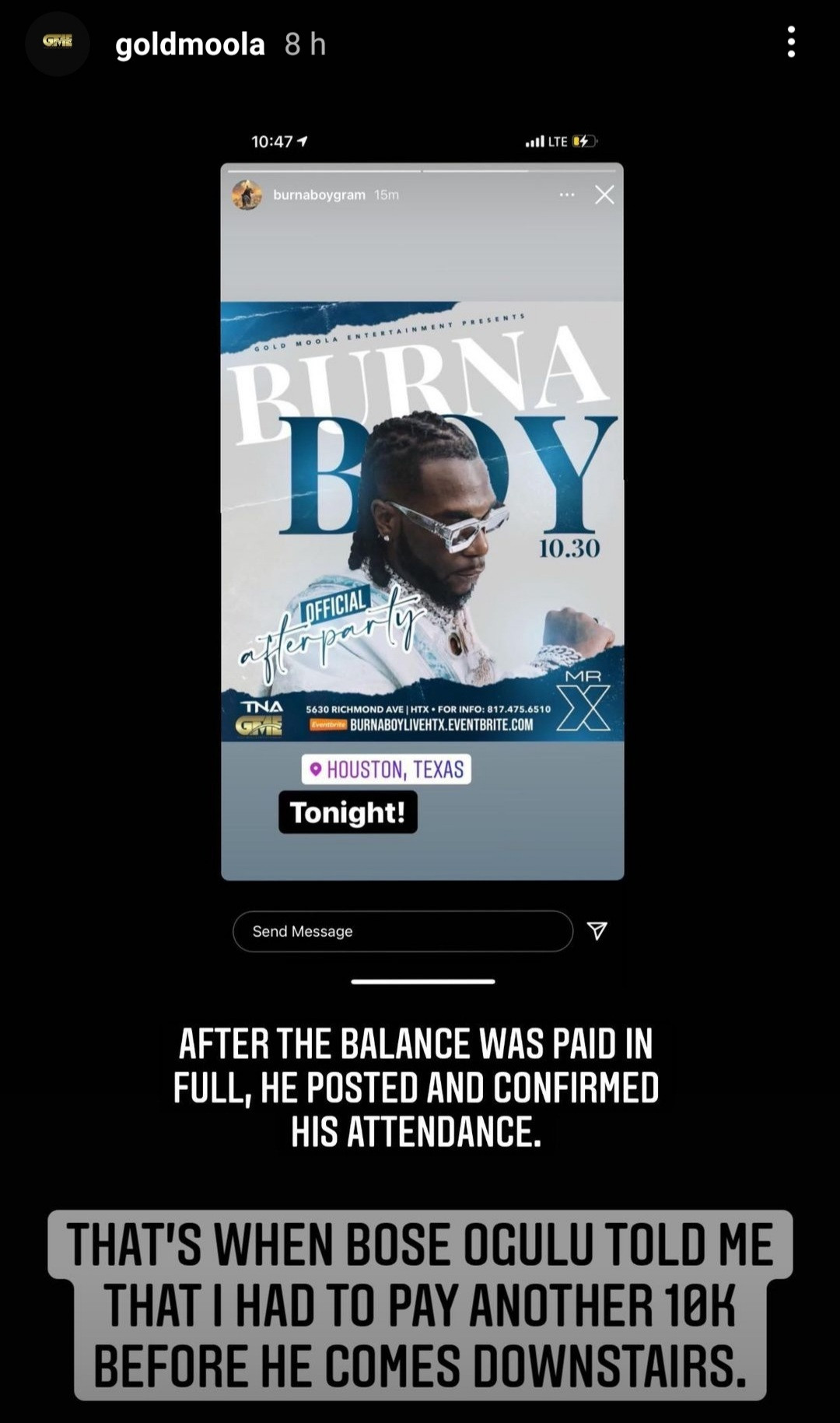 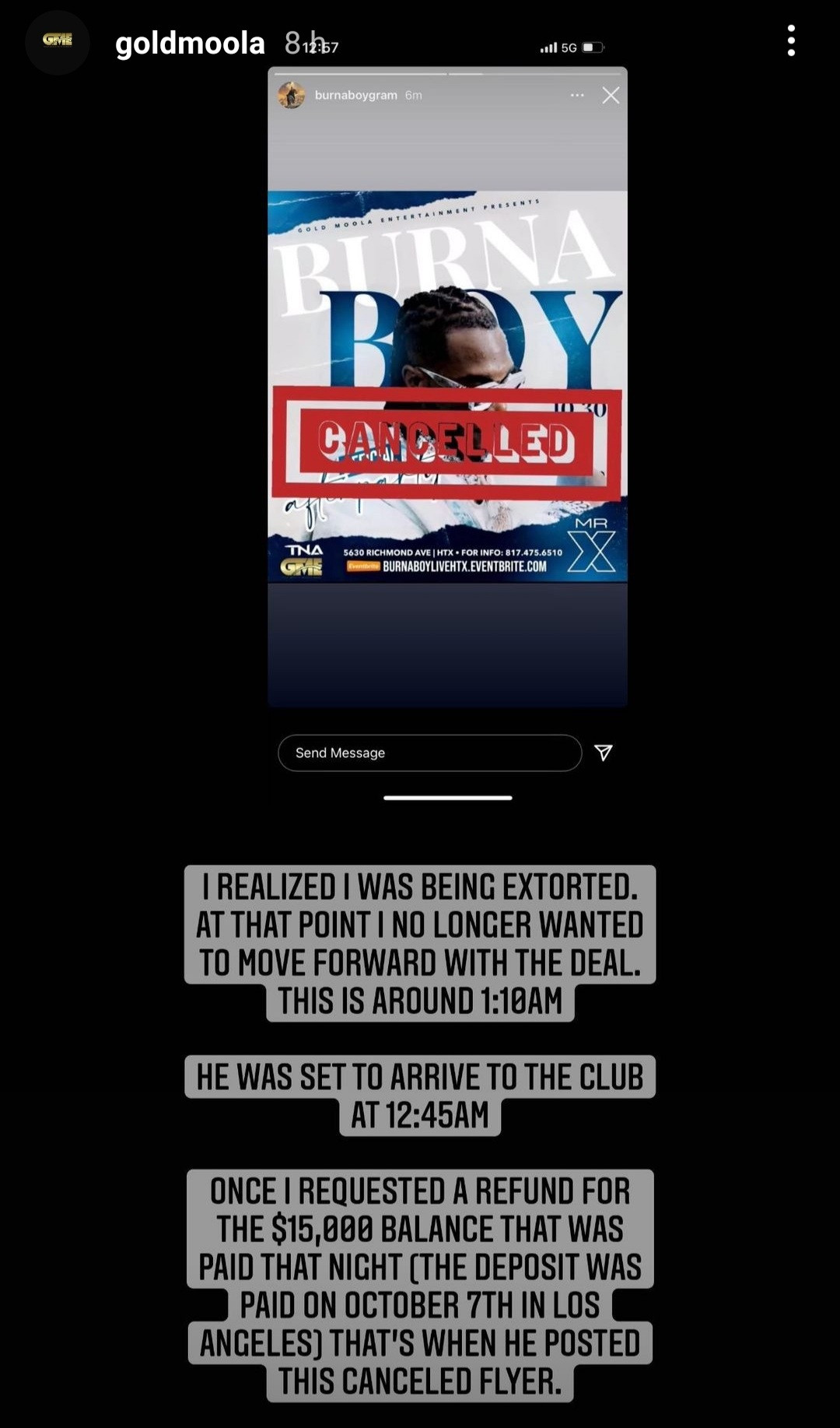 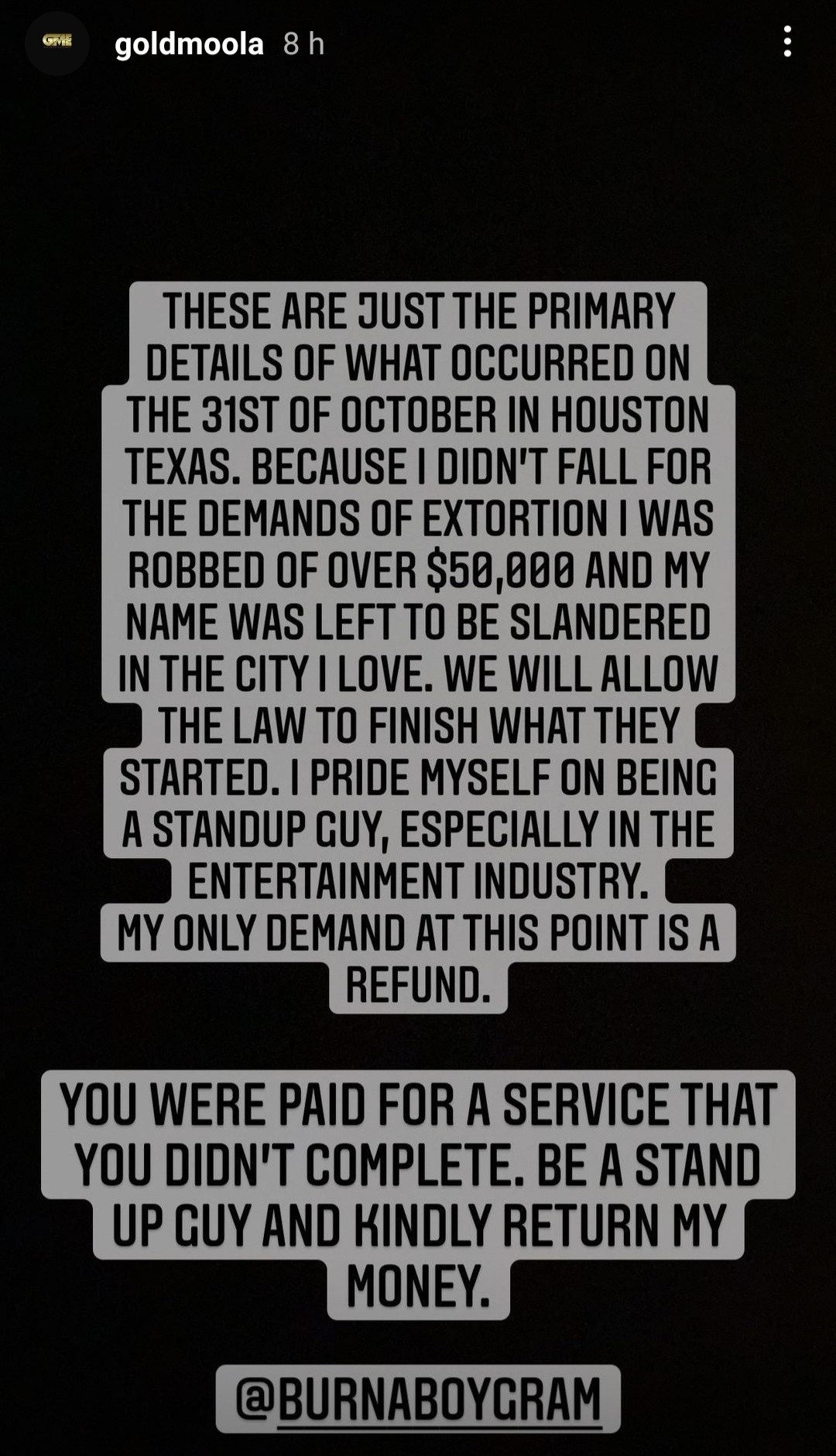 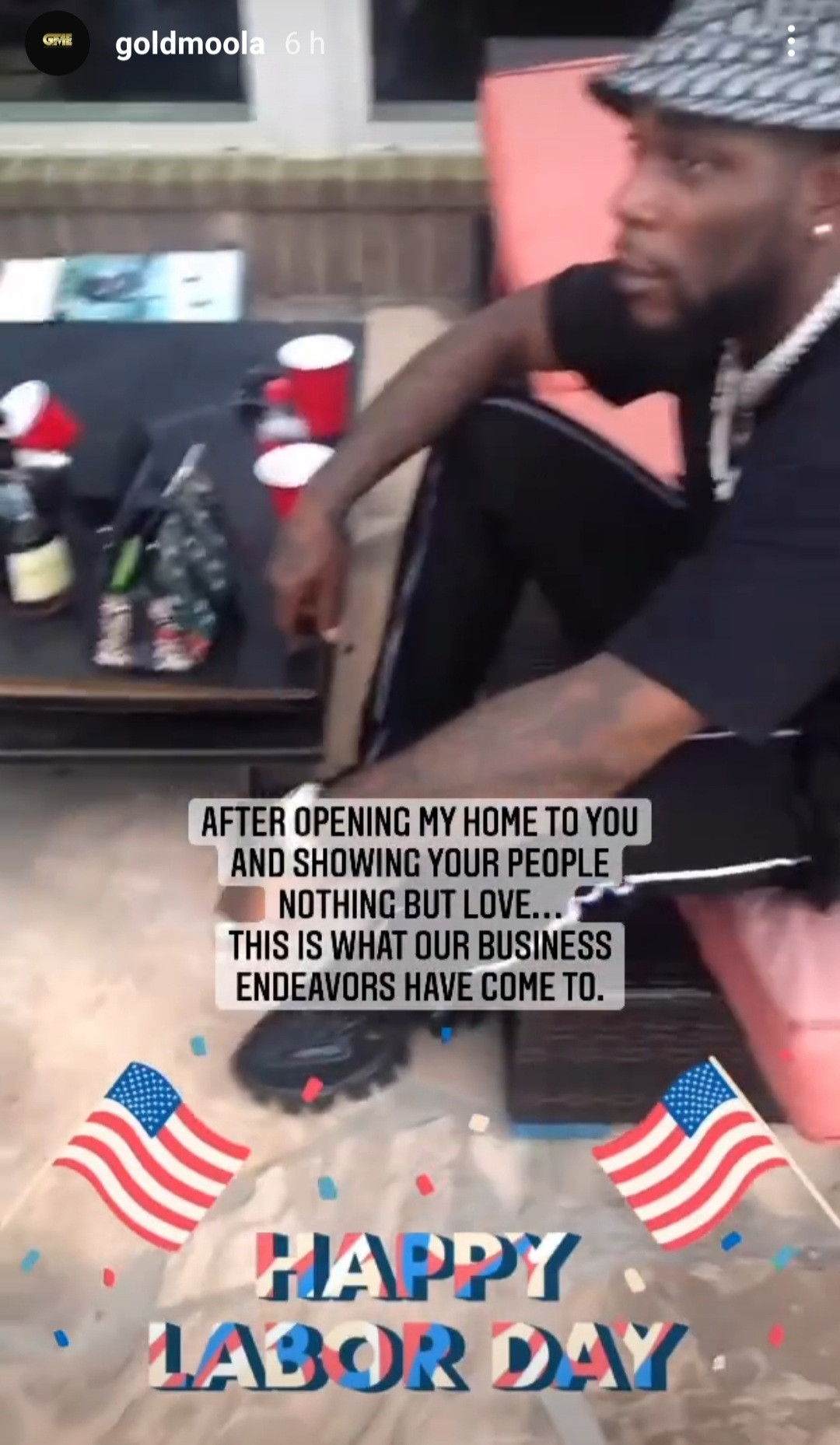