Ubi Franklin might just be set to welcome his fourth child.

A businessman identified as Sandra Iheuwa is claiming that he is responsible for her pregnancy.

Iheuwa claimed that she has been in a secret relationship with Ubi for a while.

According to her, she was actually expecting a set of twins but lost one of babies in early March. She also claimed she had been living in Ubi’s house and will be flying to America soon where she will welcome their child. 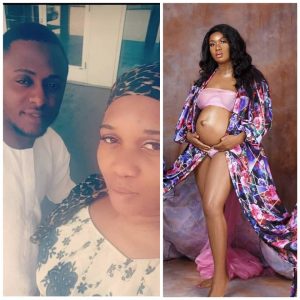 Ubi already has three children. His first child a daughter is called Zaneta. He had her with a US-based woman. His second, Jayden is from his ex-wife and actress, Lilian Esoro. He had his third with his former worker, a South African lady named Nicola Siyo.

He is now set to welcome another child with Sandra. Reacting to the cliams, Ubi denied being responsible for Iheuwa’s baby.

It’s Criminal Of COSON To Demand And Collect Royalties For Members, 2Baba Claims