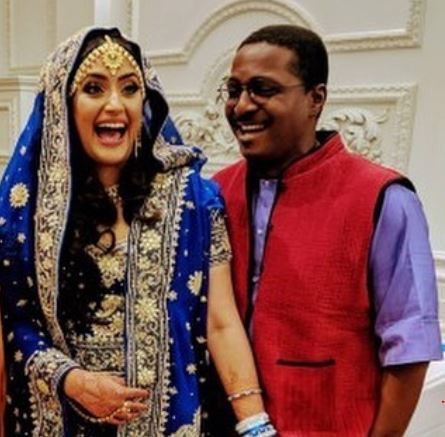 After a failed marriage, Toyin Subair has stayed away from saying the word “I Do”.

Opting to to only date, the entertainment lawyer dated Indian Anita Gupta.

After several years in the relationship, the boss of the now defunct pay television station, HITV recently built confidence to try a road that wasn’t palatable the first time he took it.

He recently tied the nuptial knot with his beautiful lover, Anita Gupta in a small, but colourful event which took place in India.

Recall that Toyin divorced his first wife some years ago.