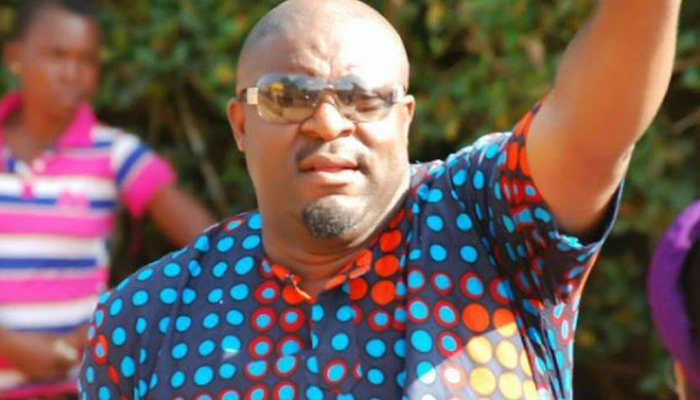 As a proud son of Egbema Ozubulu in Ekwusigo LGA of Anambra State, I take great joy and satisfaction in following the footsteps of my elders who have distinguished themselves in various walks of life. For some, they may not be so lucky to have someone close to them to be a mentor or motivate them.

But for many of us from Egbema-Ozubulu, Owelle Onyeka Mbaso has been scientifically and politically proven to be an asset whose value keeps increasing at an astronomical rate everyday.

If you are from Anambra State and you have not been touched by Owelle Onyeka Mbaso, the erudite hardworking SSA Political to Chief Willie M. Obiano (Governor of Anambra State), then you are probably charging a phone without battery.

A graduate of Information Systems and Management from Middlesex University in London, Owelle Onyeka Mbaso followed in the political footsteps of his Great father, Hon. Barr. (Sir) Linus A. Mbaso (Ochubaru Enyi Zogbuo Agu) of blessed memory and transformed the APGA UK Chapter.

He touched that chapter of the party and great things began to happen.

As Martin Beck Nworah, I take great joy in telling my friends about this great, gentle and kind politician. I have been touched repeatedly by his good gestures and hard work. One of my close friends would always refer to him as “Ogalanya Obi ya di Ocha”; the wealthy man with a good heart.

After touching and repositioning the APGA UK chapter, he was found worthy to bring his midas touch to the government of His Excellency, Chief Willie Obiano and he hit the ground running with Willie is Working.

In less than two years, the strong Iroko from Ozubulu touched the political foundations of Anambra State and solidified the position of this present administration on so many fronts.

A strategist extra-ordinaire, Owelle Onyeka Mbaso has proven to be an asset Ndi Anambra would always be proud of both now and in the future.

And I make bold to say; let the youths running after their girlfriends hear me, let the men drinking in the bars pay attention, the technocrats and politicians, the high and mighty; let it be known from now till the end of time, that a worthy son of Ozubulu touched this state and he will continue to offer up himself to make sure Anambra is indeed, the light of the nation.

Do you know what it means to be touched by Owelle Onyeka Mbaso?

For the first time in the history of this state, millions of Ndi Anambra both at home and abroad are abreast of political developments of Governor Willie Obiano and the philanthropic strides of his darling wife, Chief(Mrs) Ebelechukwu Obiano through the steady flow of emails from Owelle Onyeka Mbaso.

Whether you are in Jamaica puffing your pipe or in UK looking for something fantastic, updates about our dear governor is just a click away. Are we surprised? Not at all. When you are touched by a billion hand in one, be rest assured that you have signed up for the best. I would’ve gone on to write more and elucidate succinctly on the personality of this great son of Egbema, but I’ll keep my flames burning till the appointed time.

Whenever I will have the special privilege of speaking with Owelle Onyeka Mbaso, I will pray to be touched as well.

His hand is a magic wand that makes all things right in this political dispensation and of a truth, so many political heavyweights are jealous of His Excellency, Chief Willie M. Obiano for having such an arsenal of mass development in just one person. With Owelle Onyeka Mbaso, the future is secured.